By Jeremy McCarthy on December 14, 2010 in Positive Psychology, Wellbeing in the World of Work 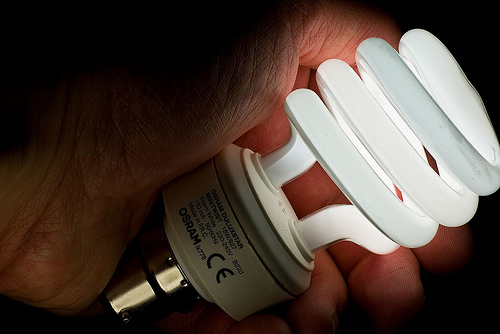 Probably my favorite business article of all time was an article about collaboration from Inc. Magazine (from several years ago.)  The article was called “The Idiocy of Crowds” and the sub-heading declared, “Collaboration is the hottest buzzword in business today.  Too bad it doesn’t work.”  The reason the article has stuck with me is because the truth of it is readily apparent.  The more people there are in a group or a network, the more negativity bias there is, and the more likely innovative ideas will be shot down or diluted by conservative thinking.

Collaboration yields safe ideas, ideas that have been well filtered and their potential problems thoroughly analyzed.  It is not conducive to bold, game-changing ideas that are so radical that they would never survive this collaborative filtering process.

I was thinking of this the other day when I saw a new article in Fast Company Magazine that talked about the team that collaborated on the ipod.  What I had heard (and what I suspect to be true) is that the ipod was not really a product of collaboration.  In fact, it came out of Steve Jobs’ vision and his somewhat dictatorial management style.  Which brings me to the first place I think innovation comes from:

1.  Innovation comes from a single individual who has the power and authority to make his vision a reality in spite of what the majority thinks.

In my own career in the hospitality industry, this is what I have seen:  Isadore Sharp making his vision of the highest quality hotels a reality, Ian Schraeger creating a whole new category of boutique hotels, and Barry Sternlicht, former CEO of Starwood creating the Heavenly Bed and revolutionizing the way the hotel industry thinks of bedding.

But there is a new type of collaboration now which does seem to be fostering a different kind of innovation.  Web 2.0, open source technologies, crowdsourcing, and open design are all new ways of collaborating that are leading to some pretty spectacular game changers.  Which leads me to number 2:

2. Innovation comes from groups of passionate people who have a platform to share information, combine ideas, test innovations and learn from each other’s failures and successes.

Wikipedia is an example of a radical game changer which is created by a small percentage of its most passionate users.  Listen to Charles Leadbetter’s TED talk on “professional amateurs,” which gives the example (among others) of how mountain bikes were created by cycling enthusiasts in Northern California decades before the big manufacturers realized that they would one day make up the dominant share of the bicycle market.

And my third pathway to innovation is inspired by another TED talk.  Designer Stefan Sagmeister talked about the value of time off, and shared his strategy for shaving 5 of his retirement years off the end of his life and interspersing them into his working life so that he would take one year off for every 7 years of working.  He has found these sabbaticals to be critical to his creativity and virtually all of his design ideas that he worked on for the past seven years originated during his one year of rest.

3.  Innovation comes from a still and rested mind.

I have always believed (from my work in the spa industry,) that one of the greatest aspects of the value of a spa experience is spending some time in silence, separated from technology.  Personally, I find that after spending an hour in silence, either in a spa treatment, or simply meditating quietly, I find new insights, new perspectives, new solutions to problems, and new ideas.

The three pathways to innovation are only my theories, and I have no research to back them up.  In my own life and career, when I have seen radical, game-changing innovation take place, it usually fits into one of these categories.  I would love for you to help me validate, test, or challenge these theories.  Where do you think innovation comes from?

Happy? Thank a Lawyer
The Positive Psychology of Christmas Stories

25 Responses to Where does Radical Game Changing Innovation come From?