By Jeremy McCarthy on October 4, 2011 in Book Reviews, Questions of Science

Men are better than women at math and science.  This is a comment likely to rile the feathers of some of my more feminist readers, and yet I could easily support such a statement with evidence showing that men get higher SAT scores in math than women or how science and technology careers are predominantly male disciplines.  In spite of this evidence, I wouldn’t be the first to get into trouble over comments like this.  Larry Summers, once president of Harvard University, lost his job after giving a speech on this subject to the National Bureau of Economic Research in 2005.

But he didn’t lose his job for pointing out this disparity.  In fact, the whole point of the conference was to explore the reasons behind the gender gap in science, engineering and mathematics.  What got Summers into trouble was saying that inborn differences in aptitude probably played a greater role than societal expectations.  He felt that men were inherently better and not just situationally better–an idea which did not sit well with the female faculty at Harvard who believed their president felt justified in giving preference to male faculty for tenured positions and other opportunities for advancement.

Previously I wrote “Love or Science?: A Young Woman’s Dilemma” about research suggesting that when women were primed to think of their romantic goals they showed less interest in pursuing careers in science, technology, engineering and math–presumably because they were seen as more masculine and therefore less appealing to potential romantic partners.  This is an example of how the situation, in terms of how society views these roles, could have a massive influence on women’s motivations to study and pursue these fields.

I learned about the story of Larry Summers from Sam Sommers (no relation, as he is keen to point out,) the author of a new book on how “Situations Matter” for many important outcomes.  Through a variety of examples in the book, Sommers shows the thinking traps of our bias towards believing that “what you see is what you get” (WYSIWYG).  WYSIWYG thinking is what pushes us to believe that the way things are is due to their nature, often overlooking the situational forces at play.

Larry Summers’ comments, if not for his leadership position at a prestigious university, are really not all that controversial.  Most people probably believe in certain inherent differences between males and females, and many of us have been brought up to think of the male mind as being more rational, logical, and analytical, while the female mind is more intuitive, caring and emotional.

But are these differences really a part of our nature?  Do they stem, as many people believe, from an evolutionary adaptation?  Is women’s genetic survival better guaranteed by learning how to nurture and care for the family, while male genes are passed on by their being more innovative and learning how to solve problems?  This seems like a good explanation, and is one that is widely accepted.

In “Situations Matter,” Sommers provides evidence that these differences are more a product of our society than we realize.  It is true that men do better than women on a math tests such as the SAT.  But simply telling the students prior to the test that the test has been designed to eliminate cultural gender differences brings the scores together.  It is the same test with a slightly different context, and the gender gap disappears!  A subtle suggestion to counteract our deep seated societal beliefs about the differences between men and women makes a big difference.

Sommers goes on to provide other examples of research on influencing the gender gap with subtle situational shifts.  Women do better on math problems, for example, in a room full of other women, than they do in mixed company.  And if students perform the math test wearing swimsuits, (further highlighting gender differences [I’ll let you read the book to learn about how they engineered that study!]) the gender gap widens.  If the students hide their obvious physical differences under sweaters, the gender gap in math skills narrows again. 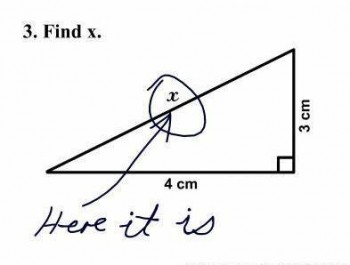 Once you see these situational forces at play, it is easy to imagine how they become deep-rooted from early childhood.  Sommers points out that Pottery Barn Kids sell a “Boys’ Quilt” and a “Girls’ Quilt” in their catalog, each with a variety of images for each letter of the alphabet.  While many of the images are the same, there are some differences between the boys’ and the girls’ version.   The boys’ quilt for example has Pencil for P, Radio for R and Star for S.  On the girls’ version these are a Purse, a Ring and Shoes.  While still in the crib the boys are being exposed to scientific primes while the girls are being given primes towards fashion and jewelry.

Sommers also shares research showing how the level of anxiety about math in female elementary school teachers predicts increased anxiety and decreased performance among their female students . . . and so the cycle continues.  I was excited to see all of these examples in Sommers’ book.  When I wrote the article on “Love or Science?” I said I thought there was more to the story, and Sommers’ analysis paints a fuller picture for us.

The examples above represent only a few pages from his book, which uses science to shatter illusions from a variety of common scenarios to make us more mindful of what is really going on in the world around us.  Reading his book makes you feel like Neo in The Matrix. Not only do you see everything that is going on around you, but you begin to see the invisible programming that is making everything the way that it is (i.e. the situations.)  Just like Neo in The Matrix, once you see this programming, you can begin to manipulate it in your favor to be more effective in your own life.

What’s Good About Unemployment?
Family Mealtime: The Hour that Matters Most