By Jeremy McCarthy on October 18, 2011 in Wellbeing in the World of Work 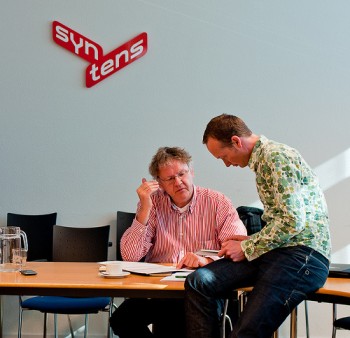 Most employers understand their relationship with their employees as being based on a simple employment contract.  The employee is provided with a compensation package including a living wage and a certain amount of benefits and in return they are expected to fulfill certain functions of the job, usually outlined in an employee handbook and/or a “standard operating procedures” (SOP) manual.

This relationship is usually fraught with a certain amount of frustration.  The employer will sometimes feel that the job is not being done in the way that he or she would like.  And the employee may respond by claiming, “Well no one ever explained that to me” or “It doesn’t say that in the manual.”

The employee will also feel frustrated sometimes with the way they are treated.  But if they express their grievances, the employer is likely to wring his hands with frustration saying, “That is what you are being paid for!”  As if the compensation should cover everything.

The reality is both sides expect more than what is outlined in the employment contract.  The employer doesn’t only want what is outlined in the SOP manual.  They want a worker that will come to work with a cheerful disposition, be a pleasure to work with, think creatively to respond to the changing needs of the business, and occasionally rise above and beyond the call of duty when the situation calls for it.

I propose that both the employer and the employee would be better off by establishing a relationship that goes beyond what is outlined in the employment contract.  They should consider the “social contract” of their work.

The idea of the social contract (borrowed from political philosophy) is that everyone in an organization is there for the collective benefit of all.  Both the boss and the worker have agreed to contribute to the business (with time, energy, ideas, effort, etc.) and both the boss and the worker are expecting to get something back out of their contribution (money, status, growth, security, pride, etc.)

An employment contract is hierarchical:  the boss is paying for services and the employee is obligated to render those services.  In the social contract, both boss and worker recognize each other as parts of a greater whole that they have both decided to be a part of.  In an employment contract, only the goals of the business are taken into account.  In the social contract, the boss and worker can both recognize the individual, personal goals of the other, and can strive to create or use the organization for mutual benefit.

Lawrence Kohlberg, a psychologist whose theories changed the way we think about morality, identified the social contract as a type of higher level (stage 5) moral reasoning.  (As an aside, he also identified an even higher level, stage 6, based on “universal ethical principles,” but it is rare to find examples of this in the real world—especially in business!)

Kohlberg’s stage 4 is based on an orientation around “law and order,” where the hierarchical structure of the organization is paramount, and authority and rules (employee handbooks and SOP manuals) must be respected. Business leaders that only think of their workforce in the context of an employment contract may be operating at a lower stage of moral development.

But I think business is evolving.  More business leaders are recognizing the value of creating a strong workplace culture based on aligned values that are created not by chief executives of the organization, but by all of its constituents.  In today’s competitive marketplace, businesses that flourish by experimenting with new strategies to align workers through a strong social contract will create a new benchmark.  Could we be at the horizon of the next industrial revolution?

Family Mealtime: The Hour that Matters Most
“The Secret” Really Works!

5 Responses to The Social Contract at Work