By Jeremy McCarthy on February 14, 2012 in Facts of Life, Making a Better World, On Relating and Relationships 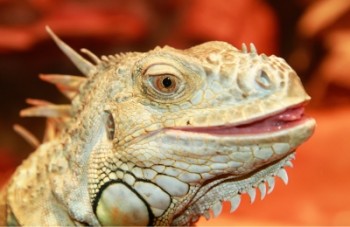 It’s Valentine’s Day and love is in the air! I thought today would be a good day to explain why there is a heart in the middle of The Psychology of Wellbeing logo.  The atom symbol, of course, represents science, to convey the fact that this blog is generally based on a spirit of scientific inquiry towards wellbeing (i.e. not just about sharing personal beliefs and stories but rather considering what research has been done and/or what theories are being debated among scientists.)

The atom represents science (in this case, psychology,) but the heart at the center represents wellbeing.  Why a heart?  Because I think most of human wellbeing can be reduced down to love.  In my mind, love is the nucleus of human flourishing.

But love is a relatively new phenomenon on this planet.  Our reptilian ancestors did not experience love, even with their own children.  At best, their emotional relationship with their kin could be described as indifference.  At worst, they viewed their youngsters as a tempting snack.

As we evolved our mammalian brains we developed new tools, including a limbic system that brought us emotions and attachment.  We began to care.  From an evolutionary standpoint, we no longer had to fend for ourselves; we could create a better life for ourselves by bonding with others.

When we communicate with others on this level, it is not through our reptilian brain driven by unconscious reflex reactions, nor is it through our thought driven neocortex.  It is done through our limbic brain communicating directly with the limbic system of another living creature.

This sharing of deep emotional states is called “limbic resonance.”  “Limbic Resonance,” says Thomas Lewis, in A General Theory of Love, “supplies the wordless harmony we see everywhere but take for granted—between mother and infant, between a boy and his dog, between lovers holding hands across a restaurant table.”

Lewis also talks about the importance of this emotional connection for human health, describing human physiology as an “open-loop arrangement,” because humans are constantly transmitting and receiving signals that affect hormone levels, heart functioning, relaxation and stress responses, and immune system functioning (see my comments on the “effect of person” in my article on “Spas and the Psychology of Wellbeing.”)

The evolution of love has us constantly reaching out and seeking connection with others—sometimes through touch, but sometimes filling the limbic void with waves of feeling.  Feelings that are expressed through eye contact, facial expressions, body language and other more subtle ways that we are not even aware of.

When we measure our own wellbeing, we do it not only by monitoring the physiological systems in our body, but by gauging how others are responding to us, how our relationships feel, and how expressed feelings are reciprocated.  When we feel disconnected from others we don’t feel well, and yearn to fill the limbic void.

Here’s Thomas Lewis again from A General Theory of Love:

Being well regulated in relatedness is the deeply gratifying state that people seek ceaselessly in romance, religions, and cults; in husbands and wives, pets, softball teams, bowling leagues, and a thousand other features of human life driven by the thirst for sustaining affiliations (p. 157).

So that’s why I have the heart at the center of my logo . . . because the core of wellbeing is love.

Love and wellbeing, science of love, the healing power of love

Finding Wellbeing on Facebook
Economy Goes Down, Health Goes Up

4 Responses to Filling the Limbic Void: On the Evolution of Love