By Jeremy McCarthy on March 13, 2012 in Book Reviews, Facts of Life, Making a Better World 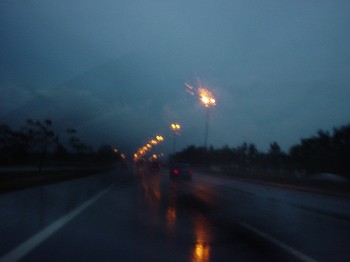 A few weeks back, I wrote an article called, “You Could Lose it All,” about confronting the risk of tremendous loss.  Coincidentally, the week I wrote that article, my mother almost “lost it all” in a freak car accident on a stormy night.

She was driving home from San Francisco to San Jose on a Friday night at 9:30 p.m. in the fast lane on I-280 in a torrential downpour.  As she came around a curve, she suddenly found herself hydroplaning at 60 miles per hour on a massive puddle that had formed on the narrow shoulder and extended out into the lane of traffic.  Her car began to spin uncontrollably spraying a massive wall of water as it went.

My mother braced for impact not knowing where she would stop spinning on the blind curve or how many other cars were around her.  As luck would have it, her car came to a stop cleanly in the shoulder, stopping only two inches from the concrete divider in the center of the freeway.  The only problem: she was facing the wrong way, looking directly into the headlights of the other cars coming around the same turn.  To make matters worse, she was in about two and a half feet of water.

My mother was shaking as she reached for her cellphone to call 911.  Her heart stopped with every car that came around the curve.  If one of them slid out as she had, they would slide right into her.  As it was, each car that passed sprayed another wave of water over her car.

She was able to call 911 but had no idea where she was.  Since she was nowhere near home, she wasn’t paying attention to exits.  And the torrential rain made it impossible to identify any visual landmarks.

Suddenly, a passing car pulled over.  It was a good samaritan (my mother would later refer to him as “an angel and a hero.”)  He got out of his car and ran along the shoulder in the rain.  To get to my mother, he had to wade through thigh high water.  He checked to see that she was OK, and promised to tell the highway patrol exactly where she was.

He then proceeded to stand out on the blind curve in water up to his knees and stop the oncoming traffic while helping my mom to turn the car around (he even offered to turn the car around for her.)  “I don’t even know your name!” my mom shouted once she was finally pointed in the right direction.  “Don’t worry about my name,” he said.  “Just get out of here!”  An angel and a hero indeed. 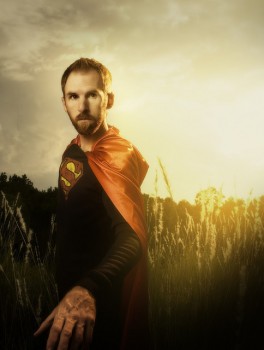 I told this story to Robert Biswas-Diener, a psychologist who has been studying courage.  He says that most people don’t recognize courage in themselves.  This good samaritan would probably say what most heroes say, “I only did what anyone would do.”

According to Biswas-Diener, most people experience courage blindness.  When we perform a courageous act, it happens “so quickly, so automatically, and so in line with our values” that we fail to realize how special it is.

Biswas-Diener has a new book on courage, The Courage Quotient: How Science Can Make You Braver, coming out soon.  In it, he teaches us that courage (and our own blindness to it) is not a phenomenon reserved for fire fighters and good samaritans.

We all experience fear at times.  Some are afraid to fly, afraid of spiders, afraid of the dark, afraid of being alone, afraid of falling in love, afraid of getting hurt.  When we act in the face of that fear, we are exhibiting our own personal courage.  Even though we would probably say we were only doing “what anyone would have done.” (See Robert Biswas-Diener’s wonderful lecture on Courage at Work.)

My mother also showed a great deal of personal courage that night.  I don’t know how she managed to compose herself enough to turn the car around and complete the rest of her journey home.

For her, the whole night was a transcendent experience and she felt the hand of God was involved.  This experience has changed her in many ways.  Her “angel” not only helped her out of a tough situation, he restored her faith in humanity.  Since that night she has felt “a softening” of her heart, realizing that she has been too judgmental and perhaps failed to recognize the good that people can have inside, regardless of external appearances.

My mother is writing a letter about her experience, which she hopes to send to every fire station in the area in the hopes of finding her samaritan.  She would like to have the opportunity to meet him, ask his name, look him in the eye . . . and repay his courage with gratitude.

The Psychology of Wellbeing is now on Pinterest: http://pinterest.com/jeremymcc

Biswas-Diener, R. (2012). The Courage Quotient: How Science Can Make You Braver. Jossey-Bass.

The Opportunity Cost of Television
Pampering is Not a Dirty Word

7 Responses to An Angel and a Hero: Courage Personified