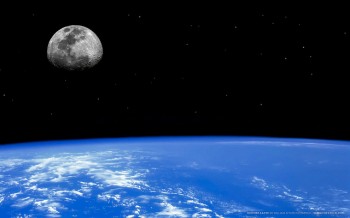 For most of my life, I have lived near the ocean.  Being near the shore has always had a calming and even spiritual effect on me. (see my recent article on “Spirituality, Wellbeing, and Maui Moments.”)  There is something about the vastness of the ocean, and in particular the sky over the ocean (especially at night,) that opens me up to the universe beyond.  Staring out at the horizon where the ocean meets the sky, I contemplate infinity and have two competing thoughts:

1.  I am tiny and insignificant
2.  I am connected to this massive universe that is filled with energy and mystery.

Somehow, this experience gives me a sensation of bliss, calm, hope, wonder and awe. 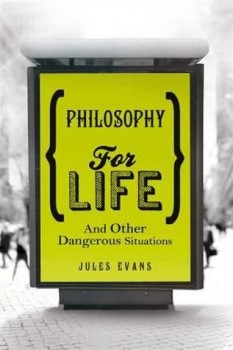 Philosophy for Life by Jules Evans

In Jules Evans’ new book “Philosophy for Life (and Other Dangerous Situations,)” he describes the astronaut Edgar Mitchell having similar feelings of transcendent interconnectedness while watching the Moon, Sun and Earth through the window of his spacecraft.  To make sense of his experience he turned to ancient philosophy, and found the Sanskrit term “Samadhi” defined as “an experience of seeing things in their separateness, but experiencing them as a unity, accompanied by ecstasy.”

Mitchell found that this concept existed in almost every culture (he called it the “Big Picture Effect”) and his experience led him to found the Institute of Noetic Sciences, dedicated to understanding and expanding human consciousness. 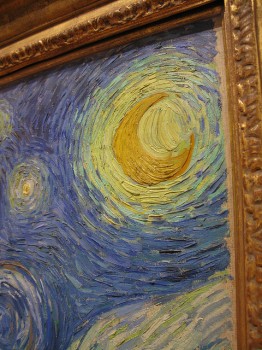 One blogger, Lauren Tober, who shares my passion for the ocean, describes this “Big Picture Effect” as the opposite of egocentric.  It’s “allocentric” with a “wider focus” and “other-centered.”  In fact, she cites mindfulness expert and neuropsychologist Rick Hanson who says there is one surefire way to cultivate allocentric awareness: “All we need to do is look up and out to the horizon.”

When I look out at the sky over the ocean, I often feel as if I am aware of the planet hurdling through space and swirling around with the stars above (as if I am standing in my favorite painting, Starry Night, by Vincent Van Gogh.)

In Evans’ book, he relates Mitchell’s story to the philosophy of Heraclitus, an ancient Greek philosopher from the Ionian peninsula:

What Heraclitus bequeathed us was a very dynamic picture of the universe, in which everything is constantly changing.  This is in contrast to other Greek philosophers, like Pythagoras and Plato, who thought the cosmos was perfectly harmonious and stable . . . Today, astronomy suggests Heraclitus was right, that the universe is an incessant flux of creation and destruction, with black holes consuming galaxies, and then vomiting them out again as new stars.

While humans tend to be constantly judging their daily experiences as “good” or “bad,” Heraclitus proposed a “cosmic consciousness” because “from a cosmic perspective, everything is good, everything is as it should be, everything is beautiful.”  This is Samadhi.

Karen Armstrong, the author of The Great Transformation, has said that humans use two methods to explain their world: Mythos and Logos.  Logos is about empirically observing our world through scientific exploration, and Mythos is more about tapping into our intuition by sharing stories, art and poetry.

In the last century, we have shifted almost exclusively to Logos as the means of understanding our world, relegating the arts of Mythos to mere entertainment.  “Philosophy is dead,” said Stephen Hawking, “Scientists have become the bearers of the torch of discovery.” But according to Armstrong, both mythos and logos are essential . . . “each would be impoverished without the other.”

What Evans does well in his book is to weave the two together on multiple levels.  He combines stories of human experience (like Mitchell’s Samadhi) with the teachings of ancient philosophers, and then he ties it in to modern science on wellbeing, finally relating it to his own personal experience.  If you read his book, I think you will agree that reports of the death of philosophy have been greatly exaggerated.

Think about this for a second.  I’m reading a story about a twentieth century astronaut and relating his experience to Heraclitus’ ancient teachings on cosmic consciousness while simultaneously considering how this ties in to the modern science of wellbeing and remembering the visceral and emotional feeling of standing before my favorite painting.  So many connections are happening that they cannot be grasped intellectually.

But it feels really good.

Innovation through the Science of Wellbeing (with Video)
A Funny Thing Happened: On Humor and Wellbeing

6 Responses to Starry Nights and Samadhi