By Jeremy McCarthy on May 21, 2013 in Facts of Life, Making a Better World, Psychology of Spas and Wellbeing 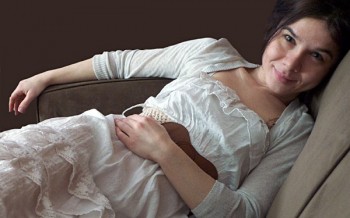 Jacqueline Samuel is a cuddler.  By this I don’t mean that she is a touchy feely kind of person (although she most certainly is that.)  I mean she is a professional cuddler.  For $60, you can go to her house, slip into bed with her, and . . . snuggle.

As you might imagine, Jacqueline’s story gets different reactions in social media circles.  Some would say she is providing a valuable service to a touch-starved world.  Others argue that she is selling her body and her sexuality in a watered-down form of prostitution.

I fall in the former camp.  Working in the spa industry, I already recognize human touch as a fundamental need for human wellbeing.  This is an important part of what spas have to offer, and these kinds of services can fill a real void for people who are not getting sufficient doses of human-to-human contact.

That being said, I also recognize the inherent sexuality of this kind of experience.  Another professional cuddler, who offers hugs for $100 an hour via her website, describes her offering as “Non-sexual Positive Touch.”  I realize she is trying to be crystal clear in her communication, but this is a bit of a misnomer.  Humans are sexual beings, and calling something “non-sexual” doesn’t necessarily make it so. But there is a distinction between sexual feelings and sexual behavior.  “Although sexual behavior is not permitted,” says Samuel in the guidelines on her website, “arousal is perfectly normal and should not make anyone feel uncomfortable.”

All of the professional cuddlers I have found (three so far,) are very clear about where the boundaries are (no kissing, no nudity, and no touching areas covered by undergarments.)  In some ways, this is even less ambiguous than a spa.  Spas have to deal with nude clients in a landscape where some of their competitors may be crossing the line into more illicit activities, confusing consumers as to what to expect.  Spas could probably learn a thing or two from the cuddlers about setting clear expectations and a safe environment for both the practitioner and the client to relax and enjoy the experience.

Travis Sigley, the founder of Cuddle Therapy (and the third professional cuddler I discovered,) has been in business since 2004, and has never had a client be inappropriate (this is one of only three questions answered on his FAQ.)  I can only hope the female cuddlers (who are newer to the business) have the same track record.

In my book, I talk about touch being a quintessential part of what the spa experience is all about.  Human contact releases oxytocin, which is linked to lower stress levels and better health.  And those good feelings engendered by warm, loving touch are contagious.  So, much like we see in spas, I can imagine the ripple effect created by these cuddling services.

People probably leave Jackie Samuel’s “snuggery” in a glow of positive emotions, feeling more comfortable with touching people (even those they may not be in a close relationship with,) and in a more compassionate frame of mind.  If these clients are inspired to be more loving and affectionate towards others with whom they come into contact, then professional cuddlers are indeed a positive force for good in the world.

Personal Decisions are the Leading Cause of Death
Pampering on Purpose

3 Responses to Hugs for Sale (Welcome to the Snuggery)