By bitz nibtez via Compfight.

Have you ever made one of the following decisions?

Ate things that were bad for you.

Drove a car without a seatbelt.

Drove a car after drinking.

Drove a car faster than the speed limit.

If you’re human, you’ve probably done many of the things on this list.  Maybe even all of them (I’m pretty sure I have.)  And yet, you probably acknowledge that these were bad decisions.

But humans tend to be bad at decisions.  We generally have pretty low self-control, and the decisions above are framed perfectly to hit us in our weak spot.  We have a hard time considering adverse consequences that are low in probability or far off in the future.

Most of the time, we can get away with the bad decisions above without any immediate negative consequences, which only makes it easier for us to feel safe making that decision again in the future.  But while making one bad decision here or there might not make a meaningful impact, the cumulative effect of bad decisions can be fatal.

Ralph Keeney from Duke University did an analysis of premature deaths in America and found that 55% of all deaths for people of ages 15-64 could be attributed to poor decisions, making personal decisions the leading cause of death for this age group (over 1 million deaths in the year 2000.)

Most of us think of heart disease and cancer as the leading medical causes of death (and they are.)  But Keeney did an appraisal to determine how many of these premature deaths could be attributed to personal decisions. 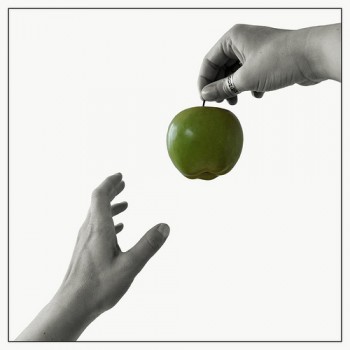 By Tamara Van Molken via Compfight.

The decisions that lead to the most fatalities (and are also linked to the high death rates from cancer and heart disease) revolve around smoking, diet and exercise.

Interestingly, Keeney also did a retrospective analysis suggesting that in 1900 this percentage was only 5% and in 1950 it was only 20-25%.  With over half of all deaths coming from personal decisions today, it is clear we have a lot more freedom in the modern world—more ways to choose to die.

This is why self-control is so important.  As we move into the future, increasing wealth and technology open us up to many new opportunities, but also many new threats.  We are not limited by our primitive technologies (like a car in the early 1900s wouldn’t go over 60 miles per hour, and crack cocaine, beer pong, and Dunkin’ Donuts hadn’t been invented yet.)

It is likely that our children and our children’s children, will have even more ways to kill themselves:  new drugs, new factory-produced delicacies, new and faster modes of transportation.  And marketers will have found new ways to lure them away from the things that they know are better for them and into the short-term hedonics with long-term consequences . . . consequences that may be fatal.

So when we think of what we leave behind for future generations, it behooves us to consider not only a legacy of more freedom, greater wealth, and more advanced technology.  We must also consider how we become more sophisticated with our strength of self-control, so that the humans of tomorrow are equipped with the willpower necessary to navigate such a world.

3 Responses to Personal Decisions are the Leading Cause of Death