By Jeremy McCarthy on March 18, 2014 in Book Reviews, Positive Psychology 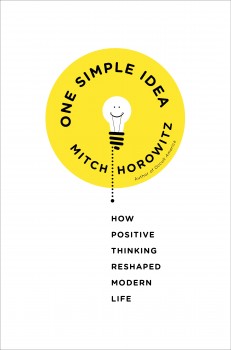 In “One Simple Idea: How Positive Thinking Reshaped Modern Life,” author Mitch Horowitz traces the history of a simple idea that has pervaded human (and particularly, American) culture for centuries:  We can create our reality with our thoughts.

For Norman Vincent Peale, it was the “Power of Positive Thinking.”  For Napoleon Hill, it was “Think and Grow Rich.”  For Earl Nightingale, it was “We Become What we Think About.”

Nightingale’s story is an interesting one.  He was a former marine and an avid reader who had devoted his life to studying human success.  Horowitz describes how, after years of searching, Nightingale finally realized that he had cracked the code:

“In the writings of every era, from the Taoist philosophy of Lao Tzu to the Stoic meditations of the Roman emperor Marcus Aurelius to the Transcendentalist essays of Emerson, the same truth appeared, over and over. . . We become what we think about.”

In 1956, he recorded this six-word formula for success in a thirty-minute recording he called “The Strangest Secret.”  It became the first spoken-word album to sell more than a million copies—a Gold Record.

Today, this idea is still selling better than ever.  And somehow, in spite of all the popularity, it’s still a “Secret.”  In 2006, Rhonda Byrne, published “The Secret,” which promoted “The Law of Attraction” (that we attract the experiences and events of our lives by the frequency of our thoughts,) selling more than 21 million copies and spending 146 weeks at the top of the New York Times bestseller list (see Wikipedia.) 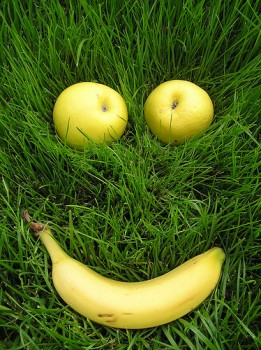 Clearly, there is something about this “simple idea” that is very compelling.  It is something that we keep coming back to in our philosophies.  And when it does come back, it always seems to strike a chord.

Why do we so easily succumb to the spell of “positive thinking?”  There are many possible answers.  First, we want to believe that we are not buffeted about by forces beyond our control.  It is comforting to think that the power to succeed is within us.

Second, it gives us hope for the future.  There is a better tomorrow in store for us, if we can only wrangle our all-powerful mind in the right direction.

“Does it work?,” is a complex question.  And one that consumes the last chapter of Horowitz’ book.  His answer, as close to the truth as you can get, is a resounding “sort of.”

“Positive thinking is less than its most enthusiastic exponents believe—it is not a psycho-spiritual magic wand or an all-encompassing, result-making law of life.  But it is also a great deal more than what its critics see it as.”

Positive thinking may be (as Anthony Robbins describes it) “a useful lie” more than a universal law.  Believing in our thoughts simply fuels our passions and gives us the energy to perform the hard work of making our dreams into reality.

One of the answers that Horowitz gives is that positive thinking pushes us “to come to terms with precisely what we want.”  Before we can imagine our dreams into reality, we must become clear about exactly what is the future we are hoping to create.  And that, it seems, has always been the hard part.

And We Rely on Each Other . . . Uh huh!
The Benefits of Mindlessness

4 Responses to The Secret History of Positive Thinking