By Jeremy McCarthy on October 3, 2015 in Facts of Life, Making a Better World 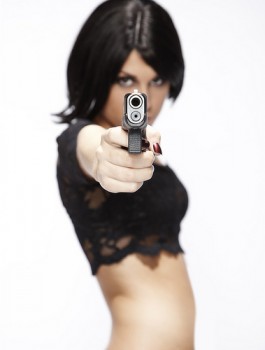 Here we go again.  Another tragic, horrific and completely unnecessary mass shooting of innocent young people in a school. In response to the shooting, Obama made an impassioned and eloquent plea for our government bodies to work together towards some kind of “common sense” gun legislation to prevent these kinds of all-too-common occurrences.

His speech was compelling, and although most republicans will wring their hands and roll their eyes, his message that there should be some policy change that would help prevent this in the future (as happens in every other part of public life where lives are endangered) is not only common sense, but it probably reflects the views of most Americans.

That being said, and in spite of my own severely left-leaning biases, I don’t think gun control is the big solution to these problems. Even if it reduces violence as Obama predicts it will (and the reports from both sides are so biased it is hard to get a clear picture on this,) there is just something very uninspiring about creating a future where the only thing that will prevent someone from going on a murderous killing spree is the difficulty of obtaining a legal firearm.

But the typical conservative response to Obama’s speech is more misguided than this. Most of the responses seem to fall into two categories:

I point these fallacies out on both sides because it seems like there is no constructive dialogue happening around these issues. Only two sides hurling the same, flawed, black-and-white arguments at each other. Nobody recognizes the flaws in their own argument and nobody listens to what the other side has to say.

Regardless of where you personally stand on gun control, there are three points that Obama made that I think we can all agree on in the face of another tragic loss of American youth:

The question is what to do.

On this, almost everyone, on both sides of this issue, commit one other logical fallacy: the false dichotomy. They assume that the solution to gun violence is either new gun legislation, or better care for mental illness, and they put all their chips on one or the other. By trying to make a complex problem simple enough to fit into our binary debates, we miss out on opportunities to ask better questions:

How do we raise our children to be more resilient and perseverant in the face of life’s challenges?

How do we infuse our media communications with less divisiveness, less fear-mongering and less glorification of violence?

How do we create a future where peace thrives, and violence is a last resort?

Perhaps the most important question of all is, “what can I do today to create more peace in my community and the world?” The answer to this question can’t be found through debate. It can only be found by letting go of arguments and looking for real solutions that bring Americans together for a common cause.

On Post-Traumatic Growth
The Road to Damascus (on Being Called)

7 Responses to Guns: Why Everyone’s Arguments are Wrong