By Jeremy McCarthy on January 24, 2018 in Facts of Life, Positive Psychology 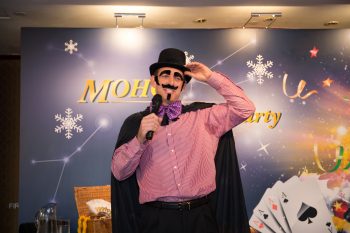 They say that people fear public speaking more than they fear death, and I can kind of see why. Perhaps one of the most stressful, panic-inducing experiences of my life was agreeing to emcee my company’s holiday party shortly after I had joined the group.

Being a somewhat experienced public speaker, I wasn’t all that nervous when they asked me if I would volunteer. I was new to the company and wanted to make a good impression, so I agreed to go along.

The planning committee for the event determined that the theme would be “Magic” and so I began to develop a script and a character.  I would play “The Amazing Jeremy,” an aspiring magician who would try (mostly unsuccessfully) different magic tricks (on my “assistant,” played by a colleague who also “volunteered” for the event.)

But as the weeks wore on and the planning progressed, my anxiety levels started to rise. I quickly realized a few things that would make this much harder than other public speaking engagements I have done:

By the week before the event I was in a sheer panic. I was terrified that all my jokes would fall flat, my magic “tricks” wouldn’t work, and I would be a flop in front of all the executives of my new company.

I was thinking about this state of panic when I heard a talk by my friend, Todd Kashdan, the author of The Upside of Your Dark Side. Todd sees stress a little differently than the rest of us. Stress is not necessarily something to be avoided, but it is actually like a superpower that can enhance our capabilities for a temporary period of time. 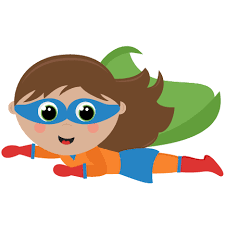 Kashdan suggests we think about stress as a superhero, “Anxiety Girl,” that we can call on to help us when we need her. People might think of “Anxiety Girl” as a “buzzkill” since she is the one to point out how things can go wrong and to avert us away from danger. But Anxiety Girl revs up our systems to confront the challenges ahead and makes sure we are energized and prepared to do our best. “She never ends up in the story line in the Wall Street Journal,” says Kashdan, “but Anxiety Girl saves the day time and time again.”

For all my worries about the holiday party, “The Amazing Jeremy” ended up being a big success. I didn’t die of stage fright. Everyone had a good time. In fact, many people came up to me afterwards to tell me it was the best holiday party they had ever attended.

But listening to Kashdan’s talk, I realize that it wasn’t good in spite of my panic and anxiety. It was good because of it. Being stressed to the bone amped me up and forced me to think through my script, work out the problems, and practice relentlessly until I could get it right.

Thank you Anxiety Girl. Once again, you saved the day.

Happy Together: Love and Positive Psychology
Yoga on a Plane: Moving in a Sedentary World