Today’s guest post is by Michael Kaplan, a video essayist with a YouTube channel called OneHandClap dedicated to original ideas on interesting topics. 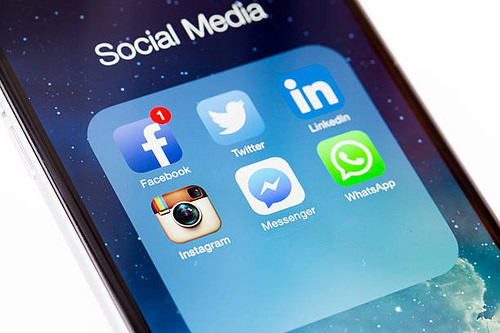 In an ironic turn, the recent controversy surrounding Facebook and Cambridge Analytica eclipsed another controversy brewing months before. As 2017 came to close, the million-dollar question surrounding the company was, Does Facebook make us depressed?

Back in December, even Facebook itself posted an article on its official blog, titled, Hard Questions: Is Spending Time on Social Media Bad For Us? The post cites a number of studies that prove spending time on Facebook can threaten well-being.

One study from the University of San Diego and Yale found that people who clicked on four times as many links or liked twice as many posts as the average person reported decreased mental health in a survey. In their findings, increases in “likes clicked,” “links clicked,” or “status updates” were all associated with decreases in mental health. Another study from the University of Michigan found a noticeable difference in mood between students who were assigned to read Facebook versus talking to friends or posting on the social media site. The results showed a worse mood for passive Facebook users.

And this second study brings us to the more important question of how Facebook brings us down. For a thorough dive into what truly addict us to the site, ultimately leaving us feeling unsatisfied, check out this video, which explains the subject in depth:

The video presents arguments from two former employees, Sean Parker and Chamath Palihapitiya, who claim that Facebook was designed to prey on its users’ neurochemical reward systems. Dopamine, the chemical released in the brain during certain activities, such as exercising, finishing tasks at work, and finding food, has also been found to surge during social interactions. The brain desires cooperation and connection, so it sends reward signals in the form of dopamine when this cooperation or connection occurs. It could be something as simple as carrying a couch up a flight of stairs with a friend, or as profound as telling your partner you love her.

Because the brain cannot distinguish between, an interaction in real life and one on Facebook in terms of dopamine release, these rewards systems are integral to Facebook’s interface. Even the little red notification, or the ping sound we’ve all become accustomed to, produce a similar dopamine release.

The key insight in the video is that Facebook knows these dopamine hits are essential to their business model, the main driving force bringing people back to the site over and over and over again. Knowing this, they’ve ramped up notifications over the years, spiking our dopamine levels for something as mundane and uninteresting as someone having gone “live” a few hours ago, or a belated birthday, or even just to tell you that you haven’t posted in a while.

What happens, then, is a uniquely modern phenomenon. Your brain is rewarding you with dopamine for a successful social interaction, but in reality, no genuine connection has occurred, creating a disconnect between the chemical reward system in your brain and your actual lived experience.

Obviously, Facebook can depress its users in a number of ways. People often assume others’ lives are happier than theirs because of how their friends present themselves online. Teen brains are now trained to be distracted based on the interface alone. But this feeling, the dopamine hit followed by immediate disappointment with the reality of a meaningless notification, seems central to the deflating feeling Facebook can produce.