By Jeremy McCarthy on September 14, 2010 in Fitness and Exercise, Mind-Body, Positive Psychology 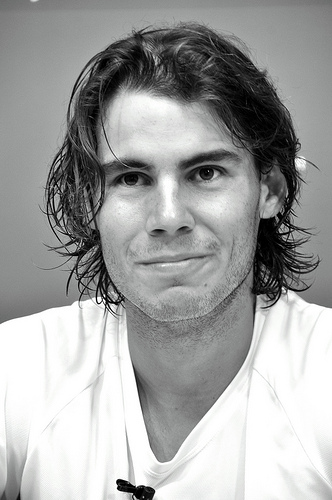 Last night, I watched Rafael Nadal’s incredible performance against Novak Djokovic to win the U.S. Open, making him the 7th man in history to win all four grand slam tournaments in his career (and he is only 24 years old!)  Although Nadal won 3 sets to 1 (this was the only set that Nadal lost the entire tournament,) Djokovic also put in a phenomenal showing at the U.S. Open, defeating Roger Federer in a five set battle on Saturday night.  After the match, Djokovic graciously congratulated his opponent, saying, “Right now he’s the best player in the world, and he absolutely deserves the title.”

Naturally, Nadal did a lot of things right to earn his career grand slam, but there was one skill that Nadal showed last night that impressed me more than any other: he ran after every ball.  Without a moment of hesitation or doubt, he ran after every ball, even if it was clearly impossible (at least from my perspective) to get to.  And Djokovic made him run.  He had an uncanny ability to drive Nadal deep into the corner with a hard cross court shot and then change the pace suddenly, following it up with a short drop shot that would dribble over the net on the opposite side of the court.  But Nadal would run it down, and sometimes he wouldn’t get to it, but sometimes he would.

Nadal is a supreme physical athlete, but he also showed us the psychological strength of “self-efficacy,” by having the belief in his own ability to succeed.  There have been a lot of criticisms against optimism lately, fueled by concerns that optimism is behind the economic problems of the past couple of years.  But Nadal showed us last night, at least in certain situations, how a relentless sense of optimism can lead to amazing successes.

It would be a perfectly reasonable strategy to not be so optimistic on the tennis court–to not go chasing after every ball that your opponent manages to kill.  One could easily assess the difficult shots and decide, “I probably can’t get it, so I’m going to conserve my energy for the next one.  I’m not going to waste my effort.”  This is a logical way of approaching challenges, and one that most of us take every day.

But Nadal knows that we develop habitual patterns of thinking.  If he begins to stop chasing the difficult balls down, he would develop the habit of giving up, of stopping short, of letting points go.  Like all habits, the more he does this, the easier it would become.  Sure, there would be times when he would save more energy because he wouldn’t have gone barreling after a ball he couldn’t possibly get.  But there will also be times when he will let a ball go when maybe, just maybe, he could have gotten it.

While there are times when one can have too much optimism, or too much self-efficacy, we often experience the reverse.  We talk ourselves out of opportunities we could have taken, we convince ourselves we aren’t good enough to take on the big challenges, and we stop short rather than launching ourselves forward and risking failure.  Self-efficacy is based on the idea that “you miss 100% of the shots you don’t take” (attributed to Wayne Gretzky.)  Developing a habit of expecting the best and pushing yourself towards it almost guarantees that you will experience more spectacular failures.  But it also guarantees some spectacular successes.  Congratulations Nadal!

Bandura, A. (1997). Self-Efficacy: The Exercise of Control. Worth Publishers.

believe in yourself, confidence, habits, learned optimism, optimism, self beliefs, self determination theory, self efficacy, self esteem, tennis, thought patterns

Confessions of a Carnivore: Part-time Vegetarianism
Why is the Science of Psychology Important for Spas?