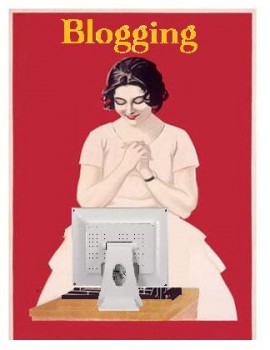 The Psychology of Wellbeing blog is now one year old!  I launched the blog just a few days before my son was born in May of last year (the second article on the blog was about his birth: “Why is Childbirth So Freakin’ Painful?”)  I knew that if I didn’t get the blog going before he came into the world it would never happen, so I had a goal to start the blog before he came into the picture, and I just barely made it in time.

Rather than writing a blog, I could have decided to write a book manuscript that would probably sit on my shelf collecting dust.  But the purpose of the blog was to get the things that I’m thinking about out into the world and let other people engage with them.  Over the past year, it has led to great conversations (for example on where “Radical Game-Changing Innovation” comes from,) great connections (like the other psychology bloggers I met on this discussion of the “5 Big Problems with Positive Thinking,”) and has truly served its ultimate purpose as a vehicle for me to continue learning and educating myself on the psychology of wellbeing.

Probably the number one question that I get from people who know me, is how do I have time to maintain this blog?  After all, I have an insanely busy full time job in the corporate headquarters of a large hospitality company.  And I’m an adoring father to a new baby boy.  Meanwhile, every article I post on my blog is thoroughly researched, with links painstakingly included throughout so that others can learn from the same sources that I am learning from.  How do I do it?

It actually is not as hard as I thought it would be.  After all, I started off with a year’s worth of reading and writing from my graduate studies in Applied Positive Psychology.  Still, I worried at the beginning that I would struggle to come up with a new article every week.  Actually, the reverse is true.  Almost every week I find myself struggling to decide between two or three drafts of articles and agonizing over which one I should post that week.  I’ve even thought at times about posting more than one article a week, but I’ve exercised restraint so that the blog remains high quality, rather than high volume (and to keep the blog firmly in the “part-time hobby” category, rather than a full time endeavor.)

Another thing that has enabled me to keep the blog going has been a mild case of insomnia.  Basically, when my infant son would wake up in the middle of the night for a 2am bottle feeding, I wouldn’t be able to go back to sleep.  In the past year, after helping young Dylan get back to sleep, I’ve spent many late night hours writing, if for no other reason than to get the thoughts rattling around my head onto paper so that my mind would be quiet enough for me to fall back to sleep.

One of the biggest lessons I’ve learned that has helped me in writing this blog, is to write when the inspiration hits me.  At the beginning I would read things that would inspire an article idea and I would jot down some notes and file them away.  Later, I would go back and try and piece together an article from my notes but I would no longer have the spark of inspiration that I had when I first came up with the idea. Now, when an article idea pops into my head, I get it on paper as quickly as possible and I’ve found that the articles flow much more quickly and easily when I do.

At least some of the inspiration for launching and sustaining my blog, came from reading “Crush It!” by Gary Vaynerchuk and seeing videos of him speak (like this TED talk here.)  Vaynerchuk was a kid who took his family’s two million dollar wine retail shop and turned it into a $50 million internet business by investing time in video blogging and social media.

His message in “Crush It” was three fold: 1. Do what you are passionate about. 2. Care about people (this means connecting with them authentically in online forums,) and 3. Work hard (“hustle” as Gary says.)  His message aligns perfectly with my own philosophy of the good life: “work hard, play hard, love people.”  And even though I have no goal to monetize my blog or turn it into a business, I thought what he was saying made sense.

For Gary, having a family and a full time job is no excuse for not pursuing the things you are most interested in or passionate about.  As he says, you come home from work, spend a couple hours with the family, put the kids to bed,  and you still have plenty of time to do damage from 8pm – 2am (he didn’t say it would be easy.)  As Gary so eloquently puts it, “Stop watching fucking Lost.”

Gary’s new book is called “The Thank You Economy” and the message is similar, but this time he’s directing it towards businesses.  Because of the new formats of communication via social media; because of the enhanced power of consumers through blogging, twitter, facebook, etc., the new economy will be one in which “the companies that see the biggest returns won’t be the ones that can throw the most money at an advertising campaign, but will be those that can prove they care about their customers more than anyone else.”  In the Thank You Economy, the secret to success is loving your customers more.

Gary has said that people buy his books, not because they are the greatest books ever written (although he thinks they are pretty good,) but because they are grateful to him for things they have learned in years of free content that he has provided online.  I felt my own debt of gratitude to Gary for the inspiration for my blog, so true to the theme of his new book, I bought ten copies.

I’m also following the theme of his book (Gary continues to inspire me) by giving away these ten copies to those of you have really supported this blog over the past year.  I really appreciate every reader, every comment, every retweet, every facebook “like”, every facebook posting and comment, etc.

This is totally subjective and hard for me to pick only ten people when I truly do cherish every person that has engaged with my blog in some way.  But some people have really been true supporters, commenting regularly on articles or forwarding them on to their own social media circles, etc.  And ten books seemed like a nice round number to give away.

So if I contacted you recently to get your mailing address, know that a copy of Gary’s book is on its way to you.  And if I didn’t contact you, know that I still appreciate you being on this journey with me, reading my ideas, challenging them, or adding to them, and becoming a part of a massive online community that is interested in human wellbeing.  Happy birthday Psychology of Wellbeing.  Thank you all for being here!

9 Responses to Happy Birthday Psychology of Wellbeing (and Thank You!)