By Jeremy McCarthy on June 21, 2011 in Mind-Body, Psychology of Spas and Wellbeing 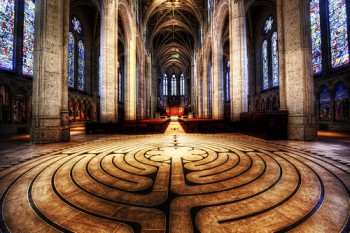 In a previous article, I wrote about “Science and Spirituality in the Spa.”  I recognized the trend in the spa industry to become more scientific and evidence-based, but I cautioned that spas should perhaps move towards spirituality and not towards science.  After all, we already have a massive health care industry that is looking at health care scientifically, but we have very few entities in our society that look at wellness holistically, across body, mind and spirit.

The article generated some excellent discussion in the comments, including a thoughtful post from Susie Ellis, one of the leaders in the spa industry and a founding board member for the Global Spa Summit, which has been developing an online database to help the spa industry become more evidence-based.

She asked the following question, which I will strive to answer in this post:

I would love to know your thoughts on the difference between mind and spirit in the spa context (as in body, mind, spirit) as it seems to me that the distinctions are somewhat blurred.

For most of us, it is easy to make the distinction between body and mind, as we seem to have an almost intuitive appreciation for the differences between the tangible body and the ethereal mind.  In the last century, most philosophers and scientists have adopted a duality mindset, hypothesizing that humans are made up of more than their physical components.   There is some ethereal component of mind or soul that exists beyond the physical realm.

It is more challenging to make the distinction between mind and soul.  These two ethereal concepts seem hard to differentiate, and we might even question if there is a soul that exists independently of the mind.  For the spa industry, which defines itself around offering wellbeing across “body, mind and spirit,” we have to be able to intelligently think about how spas can impact each of these three distinct domains.  What is the difference between mental and spiritual wellbeing?

The “mind” or “mental” component is, of course, easier to define.  The mind represents our cognitive functioning and capacities.  Sometimes, our thinking styles contribute to a life of wellbeing, and sometimes they detract from it.  When I think about this in the context of a spa experience, I think about people who come to the spa because they want to calm their mind, relieve stress, and develop greater mindfulness skills.

“Spirituality” is most often defined in a religious context.  But if we want a more secular or scientific approach to wellness, we have to go beyond religious definitions and think about what lies at peoples’ core beyond their physical and mental capabilities.  One area that might give us a clue to spiritual wellbeing is our emotional health.  Emotions can be tied to deep and powerful feelings, sometimes expressing aspects of ourselves that we aren’t even aware of on a cognitive level.  It is a common phenomenon in spas to have a client burst into tears on a massage table, in a sudden release of pent up emotion, and then leave the spa feeling spiritually unburdened.

Another possibility is that spirituality is about “a connection to something greater than ourselves.”  And people coming to a spa may be doing so in a social context, allowing them to deepen a relationship with others, or to take time to think deeply about their personal values and their contribution to the planet.

But my favorite definition of spirituality is from psychologist Kenneth Pargament, author of a book on the psychology of religion, who calls spirituality the “search for the sacred.”  What motivates the quest for the things we cherish most deeply?  This definition is not defined by emotion, but it accommodates the emotional experience of spirituality.  It is not defined by something greater than ourselves, but it accommodates people who deeply value relationships and contribution.

In the context of this definition, there is much that the spa industry can do for spiritual wellbeing.  Health, peace, time, silence, touch and relationships are all things that people may hold sacred that they can experience in a visit to a thoughtfully programmed holistic spa.

We also have to remember that body, mind and spirit are really just human labels that we use to try and make sense of the complexity of human wellbeing.  The growing body of work in neuroscience is finding that ethereal things such as thoughts and feelings are indeed manifested (or generated) physically.  Emotions actually tie all three of these domains together as our thoughts stimulate deep beliefs and are expressed viscerally in the body.

Scientific medicine goes wrong by trying to compartmentalize and address the physical aspects of health while completely ignoring the other domains.  All are parts of the whole, but none of the parts can be completely separated from the others.  To quote Susie’s question above, “the distinctions are somewhat blurred.”  While we like to figure out where to draw clear lines so we can box things into neat compartments that are easy to express independently, the key to success in holistic wellness is in getting comfortable with blurred lines.

difference between mind and spirit, mental vs. spiritual wellbeing, mind vs. spirit, psychology of spirituality

16 Responses to Dissecting the Spirit in Body, Mind, Spirit