By Jeremy McCarthy on June 25, 2016 in Book Reviews, Facts of Life, Making a Better World 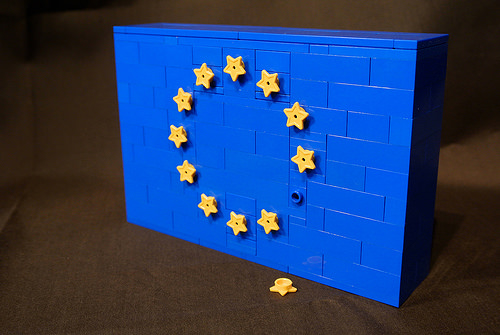 I have a habit of collecting far more books than I can possibly read, so I always have a large stack of books just waiting to be read. I prefer to keep these books out of sight so I don’t feel the sense of obligation that these unread books confer. I tuck them all into a box in the bottom of my closet and whenever I’m ready to read a new book, I reach in and fish one out. Recently, the book that I drew out of the pile was a book by Dan Gardner called Risk: The Science and Politics of Fear.

This was a great find and an excellent look at the psychology of the human mind and how we are drawn to (and often easily manipulated by) fear. The book was published originally in 2008, but it was fascinating to read it today against the backdrop of England’s “Brexit” from the European Union and Donald Trump’s political campaign.

As I write this article, just a day after the Brexit vote, there are mixed feelings and some who rue the decision to leave the EU. One writer described it as “a day when prejudice, propaganda, naked xenophobia, and callous fear-mongering have won out over common sense.”

Many people have linked the recent occurrences in Europe to the rise of Donald Trump, who runs on a campaign fueled by fear. From Trump’s perspective, we live in a terrifying world where rapists and terrorists are streaming into the country, and we need more guns and more walls to keep them out.

Most people (at least in my liberal circles) never expected the Brexit referendum to pass and certainly never expected Donald Trump to achieve the presidential nomination. But clearly, political tides are changing and campaigns based on fear appear to be resonating with growing numbers of people.

Drawing from Gardner’s book on Risk, I can see three clear reasons why the politics of fear seem to be winning:

Succumbing to the allure of fear means giving in to the mental biases we all have due to our slowly evolving brains living in a rapidly evolving world. According to Gardner, breaking free from these biases is incredibly difficult. But when we manage to do so, we better understand the true threats we are confronting, we find better solutions, and we live more enjoyable lives released from the shadow of fear.

The politicians always want you to believe that we are on the brink of disaster. Only with their help can we survive. But there is plenty of evidence to suggest that in reality, the world is safer and better than ever before. If it doesn’t seem that way, it may just be your mind (or your politicians) playing tricks on you.

Wired for Happiness
10 Ways to Create a More Peaceful World

2 Responses to Why the Politics of Fear is Winning