By Jeremy McCarthy on August 2, 2011 in Facts of Life, Making a Better World 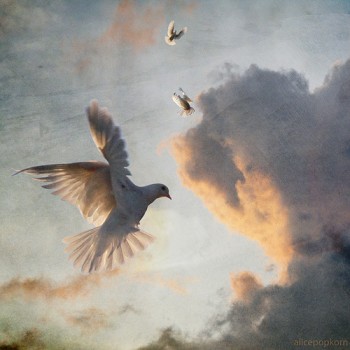 The recent World Congress for the International Positive Psychology Association happened immediately following the horrific terrorist attacks that occurred in Norway, taking the lives of dozens of people and devastating many many more.  As I mentioned last week, a comment was made at the congress that “if one person can do this much bad in the world, imagine how much good we could all do together.”

It’s a beautiful sentiment and it makes me think of starting my own clandestine group to create disruption in the world.  But rather than creating death, destruction and mayhem, we would create beauty, peace and happiness.  What would you call a group like this?  How would you define the opposite of terrorism?

So far, the best word I have come up with is “elevationism.”  Rather than create terror, we could try and produce disrupting events that would elevate people, lifting their spirits and reminding them of their higher purpose.  We could create an elevationist organization that would sneak into airports and corporate offices with messages of love and transformation.  We could park cars filled with roses in busy urban areas.  We could hijack busloads of children and take them on an adventure of learning, wonderment and altruism.

I have been so depressed lately by so many stories of man’s inhumanity to man in the news.  In the past few weeks, not only did a gunman open fire on a group of innocent people in Norway, but a young boy’s body was found hacked to pieces in the freezer of a home in a quiet crime-free religious community neighborhood.  A teenage boy was doused in lighter fluid and set on fire by his mother’s boyfriend.  Thousands of refugees in Somalia fleeing drought and famine are barred from getting aid by militant terrorist groups.  I get a knot in my stomach just thinking about the depths of depravity observed even in just the past two weeks.

It is hard for me to understand how people can believe that hurting other people is the solution to their problems.  When there are so many real problems facing humanity (disease, hunger, population, global warming) it seems like such a waste of time and energy to provide anything but love and support to our fellow humans.  More than ever, we should be coming together and not tearing each other apart.

So here is what we need to start our elevationist organization:

1. Investors who want to fund some positive disruption in the world.  Who will back a new world order based on peace and love?

2.  Some hidden training camps where our elevationist techniques can be taught to eager young soldiers who are willing to fight for a brighter future.

3.  A small group of people willing to make great sacrifices for the betterment of civilization.

So who’s ready to enlist?  The elevationist revolution wants you!

Report from the International Positive Psychology Association
The Evidence for Spa

16 Responses to The Opposite of Terrorism: Elevationism