By Jeremy McCarthy on September 13, 2011 in Wellbeing in the World of Work 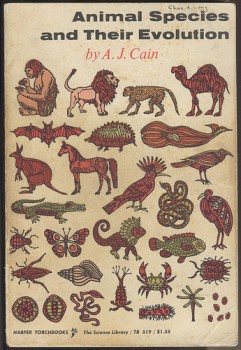 Research by Amy Wrzesniewski while at the University of Michigan showed that people see their work in one of three very different ways:  As a job (a means to earn money for survival or lifestyle,) as a career (an opportunity to learn and grow,) or as a calling (an avenue for personal fulfillment and making a difference in the world.)

But how does one move from a job, to a career to a calling?  To me, it seems like this is a natural evolution over time as we interact with the world of work and hopefully learn more about what we can contribute and what value we can extract.  We experiment with different things, and hopefully are able to craft our work over the course of a lifetime to become a greater expression of the people we are, or those we want to be.

I certainly feel that way about my own career path.  In fact, if I think back over the history of my career, I hypothesize that there are many different stages of this evolution that I have experienced and I wonder if others have found the same thing in their own career.

I see the following evolutionary stages along the path from a job to a calling, and I imagine that most people (but not all) probably spend some time in each of these stages before moving along to the next chapter:

This is only my own theory based on my own personal history, but let me explain what I mean by each stage and you can tell me if you agree.

Most people are introduced to the world of work in their youth as a means to achieve greater independence.  They may, as I did, experiment with a variety of different jobs, each with the ultimate goal to create income in order to fund other interests.  Having an income allows people to make important life decisions around living arrangements, transportation, education and lifestyle without being as constrained by the will of their parents or other family members.  This stage is all about making some money, and perhaps beginning to experiment with different types of jobs to get a sense of strengths and interests for future work opportunities.

(In my early career I was an “earner” by selling newspaper subscriptions, as an administrative assistant in a dental office, a lifeguard , a swimming instructor, and a fitness instructor.)

In the Learner stage, rather than thinking paycheck to paycheck, people begin to identify the potential for future growth (earning growth, opportunities for a better lifestyle, and opportunities for a self-identity around a career.)  In this phase, they have begun to identify certain things that they like or don’t like about the world of work.  They begin to imagine a path that will lead to more of what they do like and less of what they don’t like.  Usually, the key to moving forward on this path will come from developing expertise to create greater value for an employer (or for your customers in the case of a contractor or business owner.)  This phase is all about developing that expertise and moving up to the next level.

(Eventually, my lifeguarding jobs brought me to my first job in the hospitality industry, where I learned to enjoy customer service and the opportunities to supervise a team.  I became motivated to excel at my work so that I could “move up” and establish a career in hospitality and eventually spas.)

With a continued focus on developing expertise, it is only natural that over time, leadership opportunities open up.  In this phase, people will have already shown that they can become subject matter experts in their field and so they begin to fill leadership positions as a manager or a mentor to others in their industry.  Now, the focus is not on developing greater expertise but rather on working with a team of people and inspiring others to help you to achieve your vision.  In this phase, people continue learning and growing, but their skill development becomes more focused on understanding the big picture of their industry to support a strategic vision and learning how to be a leader that inspires and motivates others.

(After ten years [research shows that expertise takes about ten years of dedicated practice to achieve] of opening and operating luxury resort spas I established a reputation as a leader in the industry, regularly invited to write and speak in industry mediums.  Eventually, I gathered over twenty years of experience,  including serving on the board of directors for the International Spa Association as Vice Chair and securing my current role as corporate director of global spa development and operations for one of the largest hospitality companies in the world.)

Once people become established as a leader in their field, they gain another form of independence that they may not have previously had.  While they still may have constituents, customers and shareholders that they need to please, they have more freedom to develop their own ideas and explore them rather than simply working on projects that have been dictated by their superiors, peers, or the market.  Through their work in the other stages they have earned enough trust that they can now implement their own ideas and work on things that might be more like personal passions than workplace objectives.  In the Creator stage, people begin to become more “self-actualized” in their work and begin to make the transition from a “career” to a “calling.”

(Only recently do I feel myself moving into this phase.  I no longer feel the need to establish a reputation or expertise and am somewhat able to devote time to projects that are personally interesting to me.  That includes the development of this blog, teaching a course on Positive Leadership (free webinar here), and developing training programs for Starwood Hotels based on Positive Psychology.)

When people get to the creator stage, they may realize that the work they are doing is most meaningful when it contributes to society in a valuable way.  Success is now less measured by income, status, or by the freedom to create your own vision, but rather by the impact it has on others and the good it does in the world.  In this stage, people begin thinking about the contribution their work makes to their employees, customers, shareholders and society at large.  In short, they start thinking about the legacy they want to leave in the world.

(This is the stage I hope to evolve into next.  I can feel my contribution increasing through my blog [for example articles on Elevationism or Exercising Moral Muscles] but feel there is much farther to go.)

I like to imagine that through my work in spas, I am already touching peoples’ lives in a way that leaves them less stressed, more patient, kinder and more forgiving of their fellow man.  I do think spas are a positive force in the world that create their own little ripple effects of peace out into universe. But my hope, as I move from my career to my calling, is to deepen that impact, to lessen man’s inhumanity to man, and create a world where peace and harmony reign.

Where are you on your path?  I’d love to hear about it.

My Memory of September 11
Smarts and Stamina: Flourishing for Busy People

16 Responses to The Anatomy of a Career Path