By Jeremy McCarthy on October 18, 2015 in Book Reviews, Facts of Life, Positive Psychology, Wellbeing in the World of Work 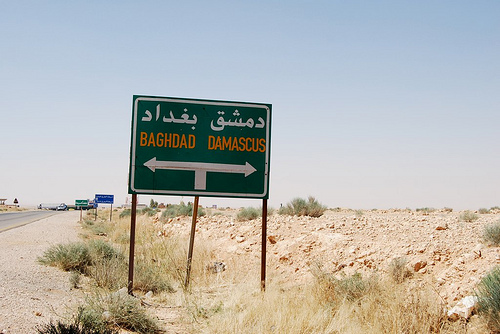 The bible tells the story of Saul, who, while on his way to the city of Damascus in order to find and persecute the members of a new religious order (Christians,) is suddenly blinded “by the light of heaven” and has an epiphany that would lead him to be converted to the very faith he had set out to destroy. (He later would be canonized as Saint Paul the Apostle.)

You might think that these kinds of numinous epiphanies (now known as “road to Damascus” moments) are exceedingly rare in modern life. But in a recent Gallup poll, a surprising 41 percent of Americans agreed that a statement about having “profound religious experience or awakening that changed the direction of their life” completely applies to them.

In fact, these kinds of callings, are so common, with 33-37% of people reporting a “work orientation calling” (i.e. a secular calling towards their career or vocation,) and about 40% reporting some kind of “transcendent” calling, that scientists are becoming more interested in studying and understanding this very human phenomenon.

I recently received a review copy of Being Called, a textbook that brings together papers by diverse authors from “scientific, secular and sacred perspectives” to look at this phenomenon of callings and what they might mean. In spite of being a lengthy, academic tome, the book was a fascinating page-turner, probably because it presented different perspectives on some of the deepest questions that each of us faces in our lives: “Why am I here?” and “What should I do with my life?” 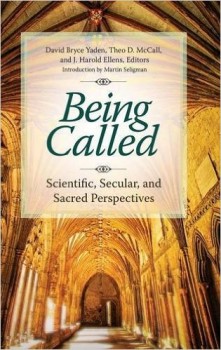 From the sacred perspective (eg. Called to Shape the Future by Stephen Lewis,) finding your calling means opening yourself to the experience of supernatural or “numinous” phenomena, including the possibility of a guiding divine spirit with benevolent and universal wisdom. In order to hear and heed the call, one must “create space to explore, ask self-awakening questions, and reflect theologically about self and community.” Only those who are open, and who practice sitting in stillness, can hear these kinds of messages above the noise.

From the secular perspective (eg. Callings and the Meaning of Work by Amy Wrznewski,) finding one’s calling is about connecting to the meaning of one’s work. In this paradigm, those who feel called have found “deeply fulfilling work that an individual believes makes the world a better place.” In this example, work becomes a bridge that helps connect an individual to something greater than themselves.

Often, this sense of meaning from one’s work comes from identifying how one’s work serves others (examples in the text include doctors and zookeepers who feel a deep connection to the recipients of their care.) One of the authors (Calling Counselors: A Novel Calling Intervention for Career Development and Well-being by Susanna Wu-Pong) suggests that career counselors can help their clientele to find their calling by helping them identify their strengths, goals and values and crafting a personal mission statement that helps to guide them towards more meaningful work.

For me, the most fascinating aspect of the study of callings comes from the scientific perspective, where leading psychologists, such as positive psychology founder Martin Seligman, are looking at callings and other “mystical” experiences to completely change the way we think about human psychology.

For most of the last century, psychology has assumed that we are shaped by the experiences of our past. But groundbreaking thinking in a new field of “prospective psychology” suggests that we are not so much pushed by the past, as we are pulled by the future. The human capacity for “ubiquitous imagination and evaluation of possible futures” draws us into the people we will become and the life we will ultimately live.

The most interesting part of all of this may be what gets discovered when we bring scientific, secular and spiritual voices together. The language that gets used to describe mystical phenomena changes dramatically depending on which camp you are in, but overlapping these different schools of thought together, it feels like we get much closer to the truth than we could with any one perspective on its own.

While the text serves as little more than an introduction to this new field of study, I can hardly think of a more worthy subject for academic exploration. Poet Mary Oliver asks the question beautifully, “What will you do with your one wild precious life?” It may be the only question that matters.

Guns: Why Everyone’s Arguments are Wrong
Don’t Trust This Blog

3 Responses to The Road to Damascus (on Being Called)