By Jeremy McCarthy on September 18, 2012 in Facts of Life, Positive Psychology A few months back I wrote an article about “not being afraid of the pain.”  I talked about being able to forge ahead even when things will be painful or difficult as the secret to most of my success.  The article was well received and I got a good response from my readers.

The article described a flight I took with my family with our new six-week-old son, still breast-feeding and our 22-month-old son (too young to have a seat to himself) who was wriggling and kicking and screaming on my lap for the entire trip.

Most people with young children like this don’t travel if they can avoid it—and with good reason.  The travel is painful.  But we decided we wanted to take a surf trip to Barbados and the kids would come with us.  And it sucked .  .  . for the first day.  But because we were willing to go through the pain, the rest of the week was pure heaven.

It was a nice little story, and it resonated with people.  I always know when an article is good because when I run into people I haven’t seen in a while, it’s the one article they remember.  Old friends would come up to me and say, “Hey, I’ve really been enjoying your blog.   I really liked that one article—what was it about?–something about pain and your trip to Barbados?”

While people liked this article, I have a sense that many of them did not believe the deeper premise of the article: that this confronting of pain is the secret to success.  Many friends would say, “not being afraid of the pain . . . it’s a nice idea.  But it still doesn’t explain how you are able to do everything that you do so well.”  And I would smile and nod, but inside I am thinking, “uh . . . yeah, it does.”

So I was excited recently, to stumble on a new book called “The Flinch” by Julien Smith, that explains this concept far better than I did.  “The Flinch” is the moment when you are about to take action but some gut instinct causes you to shirk back.  It is a defensive reaction, intended to protect us from danger.  It feels like an internal tug on the reins reminding us to be safe.  “The flinch” is synonymous with what I refer to as “the pain” in my previous article.  It doesn’t feel good. 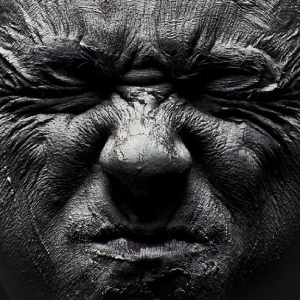 The Flinch by Julien Smith

Smith gives some simple exercises to help you recognize your own flinch reaction.  An example is starting your day with an icy cold shower.  As you stand outside the shower, cranking the knob all the way to cold, you will begin to feel the flinch welling up in your body.  Feeling the water with your fingers, you are not going to want to step in.  You may feel resistance, anxiety, even dread.  Now do it anyway.

This is how you overcome the flinch.  Once you get in the shower, you realize nothing bad happens.  Maybe it feels uncomfortable at first, but you probably adjust to it a little bit.  And when you come out of the shower you probably are no worse for wear.  In fact, you may feel invigorated.  Smith suggests doing this every day to train yourself to recognize and overcome the flinch.

According to Smith, overcoming the flinch is the only way to grow.  It gives us “firsthand knowledge” which Smith describes as “visceral, painful, and necessary.”  You can’t get life experience from reading it in a book, curled up on your couch.  “You need to feel it in your gut—and on your scraped hands and shins—for the lesson to take effect.”

“If you’re heading the right way, the pressure will never entirely disappear. If it does, you’re on the wrong path.”

“Challenge yourself by doing things that hurt, on purpose.  Have a willpower practice, such as very hard exercise [I talked about exercise in my “pain” article], meditation, endurance, or cold showers.   Choose something that makes your brain scream with how hard it is, and try to tolerate it.  The goal isn’t just to get used to it.  It’s to understand that pain is something you can survive.”

I just did one of these willpower practices a few months ago by foregoing meat for 30 days (I take a month off of eating meat every year.)  I consider myself a true carnivore, so I don’t enjoy these vegetarian stints.  In fact, they suck.  But they make me stronger (and I’m not afraid of the pain.)

Some of my readers would probably never read The Flinch.  It’s too simplistic, too self-helpy, and not scientific enough*.  But I get excited about it because I’ve seen enough science that supports this idea.

Todd Kashdan, a psychologist who studies curiosity and mindfulness, talks about turning your anxiety knob down and your curiosity knob up as a way of moving forward with life’s goals.  His research suggests we should observe our internal fears with curiosity, but not necessarily let them dissuade us from acting on what we value most.

His research jibes with that of Russ Harris, another psychologist and proponent of Acceptance and Commitment Therapy (ACT).  In ACT, clients are advised to accept the emotional reactions they may be having to their actions, but to use their values as a compass to determine their behavior.

Jon Haidt, another researcher and the author of The Happiness Hypothesis, uses the analogy of the rider and the elephant.  The rider is the conscious mind which hopes to purposefully steer us in the right direction but can be easily sidetracked by the larger elephant of our subconscious.  “The flinch” is the elephant of our subconscious pulling back, preferring to take a safer, or easier, or more habitual route.  Mindfulness is our ability to take the reins and move forward even when the elephant doesn’t want to.

*I think Julien will hate that I described his book as “self-helpy” (sorry Julien!)  But after writing this article I heard an interview with him on Michael Bungay Stanier’s wonderful “Box of Crayons” blog and I was impressed with his grasp of the science.  Listen here.

determination, grit, mindfulness, perseverance, the will to succeed, willpower

6 Responses to “The Flinch” (and Cold Shower Therapy)