By Jeremy McCarthy on November 22, 2011 in On Relating and Relationships, Positive Psychology 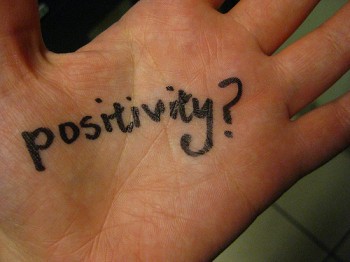 “Context matters” for understanding human wellbeing.  This has been a recurring theme of this blog in recent months.  It was one of my key takeaways from the International Positive Psychology Association conference in Philadelphia, and it was the topic of a new book called “Situations Matter” by Sam Sommers that I wrote about here.

In a recent research article, called “Beyond Positive Psychology,” authors McNulty and Fincham give some specific examples of research on relationships where certain contexts cause apparent contradictions of the findings of positive psychology.

Forgiveness, which is generally thought to be a positive trait that leads to greater wellbeing, can be damaging for people who are in an abusive relationship.  Too much forgiveness can cause people to stay in a bad relationship longer than they should.

Optimism can likewise be detrimental if it causes people to see a bad situation with their partner through rose colored glasses.

Even kindness, seemingly the most benign of all constructs is not always beneficial.  Sometimes unkindness is called for in difficult relationships and can lead to greater long term satisfaction.

This research makes the valid point that context is important, but this is not really that surprising. All of our health sciences (not only positive psychology) are biased towards uncovering broad generalizations that don’t (or can’t) take into account the diverse complexity of individuality and context. Exercise, spinach and sunlight are all good for people, but only in the right context.

The central premise of this article is that these contextual examples somehow contradict or extend beyond the boundaries of Positive Psychology.  But I disagree with the authors’ definition of positive psychology as a study of positive topics only when they lead to positive outcomes.

The problem with positive psychology is that the label “positive” is confusing in this regard and leaves a lot of room for misinterpretation.  Psychologist Kennon Sheldon describes several different interpretations of the “positive” label in positive psychology and the potential challenges with each in his article in Designing Positive Psychology, “What’s Positive about Positive Psychology?”

1. Positive Science – If positive psychology is positive because it is designed to improve life, it becomes difficult to differentiate this from other branches of psychology and other sciences that are also improving life.

2. Ideological Stance – If the subject matter of the research is determined to be “inherently good, desirable or valuable” this introduces a bias that is downright unscientific.  Referencing Dacher Keltner’s stance that humans evolved to be good, Sheldon says, “it is difficult to imagine a chemist or physicist saying that chemical or physical processes are ‘more good than bad.”

3. Appreciative View – A healthier perspective is an appreciative view in which positive outcomes are admired and appreciated, “and one is attentive to ‘what works’ more so than ‘what doesn’t work.’  The only concern that Sheldon has here is that too much appreciation may cloud perspectives.

4. Positive Topics – The topics studied are positive in nature: strengths rather than weaknesses, flourishing rather than disease, and so on.)  This is perhaps the least problematic and the most clear of the connotations of positive psychology.

If we find, as McNulty and Fincham did, that anything that falls out of the “positive topics lead to positive outcomes” paradigm is “Beyond Positive Psychology” then we have a truly flawed science indeed.  Positive Psychology needs to study kindness even when it finds it detrimental to wellbeing.  And it needs to study things that lead to flourishing, even when those topics are negative in nature, such as fear, pessimism, and healthy expressions of anger.

6 Responses to Warning: Positivity May be Harmful