By Jeremy McCarthy on January 24, 2012 in Fitness and Exercise, Mind-Body 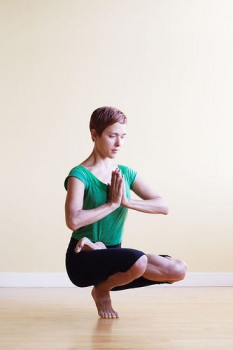 The yoga blogosphere (yogosphere?) has been abuzz the past week debating two recent controversies that boiled up on the internet.  The first one stemmed from a New York Times article written by William J. Broad, entitled, “How Yoga can Wreck Your Body” (which was excerpted from his soon to be released book on “The Science of Yoga: The Risks and the Rewards.”)  The article reads like an exposé on yoga’s dirty little secret: it’s not always good for you.

Within, Broad shares frightening case studies and statistics insinuating a high risk of injuries from yoga practice, a claim that has yoga practitioners everywhere with their bandhas all in a bundle.  Many have risen to defend their beloved practice denouncing both Broad and the New York Times as being inflammatory as a way to sell books and newspapers–criticism that is probably at least partially deserved given the sensationalist nature of the headline.

Personally, I didn’t have any problems with Broad’s article.  In fact, I could relate to it.  Having a herniated disc in my lumbar spine, I know all too well the potential aggravation that the unprepared body can get from yoga.  One sun salutation can send pain shooting down my leg, and a full yoga class could have me laid out flat for a week.

I still do yoga, but I am very cautious to modify my routine to suit my needs, so I usually prefer my own practice to that of a guided class where I might be pushed beyond my limits.  If I found the right instructor and the right class, I would (and should) do more.

I can understand how some might say the article is unfair, as it focuses on the risks and not the rewards.  But certainly this information is no more biased than most media coverage of yoga, which makes it sound like a cure-all, neglecting to consider the possible risks that are involved.  Instructors and practitioners are both guilty of rushing headstrong into their practice under the false assumption that yoga can do no harm.

But yogis are not immune to injuries.  Yoga probably has the same upside down bell curve that you would find in any physical endeavor.  On the left side of the curve you have beginners and weekend warriors who use improper technique and push themselves too hard without proper conditioning.  In the middle of the curve the injury rate drops substantially for people who do regular practice, are in shape, and basically know what they are doing.  And then the right side of the curve has people who do too much, and begin to exhibit overuse injuries (like the young college student in the Broad article, who experienced leg pain after spending several hours a day seated in vajrasana.  Or Glenn Black, the main subject of the article, who had back surgery after “decades of extreme backbends and twists.”  As one blogger [John Schumacher] said, learning from Black’s yoga experience is “akin to receiving advice on the advisability of riding motorcycles from Evel Knievel.”)

None of this “evidence” is enough to warrant avoiding yoga.  The only downside of Broad’s article is the large number of people who will use this information to justify and rationalize their sedentary lifestyle.  They will feel content to sit on their sofa eating bon bons and reading articles about tennis elbow, swimmers ear, and shin splints.  “I thought about doing yoga [or insert other activity here],” they will say, “but it’s just too risky.”

Physical flourishing comes when we challenge our bodies to go beyond what they are normally capable of.  Sometimes this means going outside of our comfort zone where the risks of injury are greater.  But this is also where the benefits lie.  Ultimately, I think Broad’s article is good for yoga, as it will cause both instructors and practitioners to have a more cautious (and perhaps realistic) approach to their practice.  The appropriate response to Broad’s article is not one of defensive judgment.  We can recognize the sensationalism of our media, but let’s also learn from the stories being shared.

I liked the responses from Bernadette Birney and Rachel Anne Scott, who both used the word “duh” to describe their reaction to the news that “Yoga Can Wreck Your Body.”  Rachel Anne Scott says it well:

William, thank you for the wake up call.  We should all set our naivete aside.  Living on this plane of existence with muscles, bones, tendons, and blood, we are subject to the forces of time and aging.  We move in a world of form and limitation.  Expecting yoga to transcend the nature of this Universe is like expecting dinner to cook itself or time to move backwards.

Does this mean you shouldn’t do yoga?

Yoga is revelatory for self-connection.  Yoga wakes you up and asks you to breathe.  Yoga cultivates strength, suppleness, and fluidity. Yoga asks you to commit to your deepest and most passionate self and cultivate a deep inquiry into your life and your place in this world.  Yoga is a tool for helping you to become more fully yourself.   And – when done mindfully and with kick ass alignment – yoga heals.  So yes, do your freakin’ yoga.

The other yoga controversy lighting up the internet arose when Equinox sports clubs released a promotional video featuring the svelte and stunningly beautiful Briohny Smyth doing a gravity-defying, awe-inspiring yoga routine on her bedroom floor scantily clad in her lingerie.

That one didn’t bother me either.

Here is a selection of responses to the New York Times article:

and one passionate and eloquent response to the Briohny Smith video:

Neuroplasticity: Healthy Shortcuts to a Happier Life
You Could Lose It All

5 Responses to The Yoga World Gets Judgmental