By Jeremy McCarthy on November 29, 2015 in Facts of Life, Parenting and Wellbeing 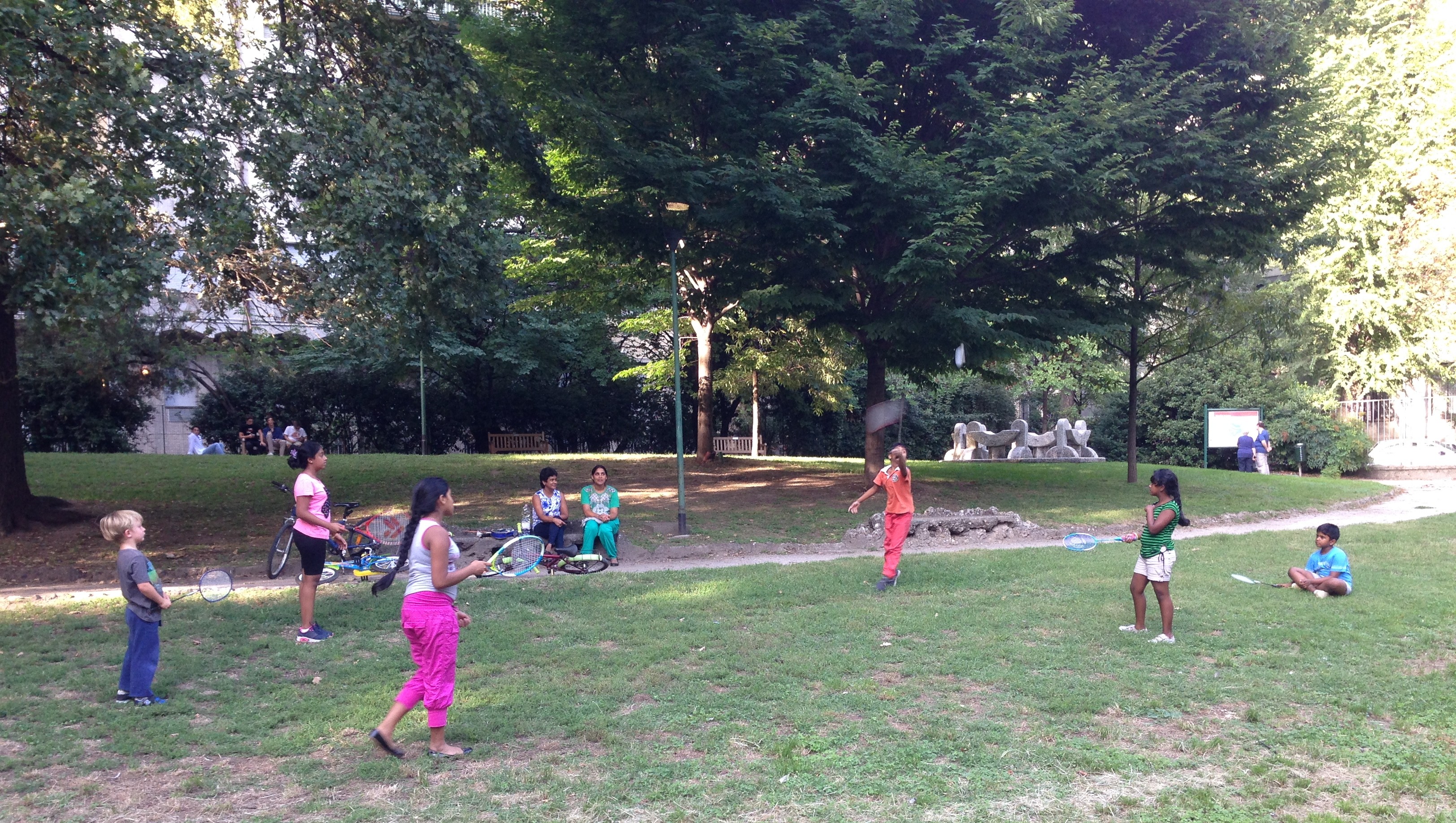 On a family vacation to Italy, after a three-hour train ride from Rome to Milan, I decided the kids needed to get some fresh air. We arrived in the afternoon and had a little time for the kids to burn off some steam before we would have to go out to dinner. The concierge at the hotel was nice enough to point me in the direction of a small local park about 15 minutes away and off we went.

The park was small and simple: a couple of swings, a wooden climbing playground and a patch of grass where a group of local kids were playing badminton without a net. My younger son, Max (3), found a prominent seat on the engine of a wooden train in the playground, and claimed ownership by perching himself there and refusing to move for the rest of our time at the park.

My older son, Dylan (5), was transfixed by the group of kids hitting the shuttlecock back and forth with their badminton racquets. There were five of them, maybe brothers and sisters, all different ages, and speaking Italian.

“I want to go play with them,” Dylan said.

I immediately shook my head, trying to save my son from an awkward situation. “They probably don’t have an extra racquet,” I told him.

“What if they don’t speak English?” I asked.

“People in Italy speak English,” he said. This was true. Almost everywhere we went in Italy, in hotels, restaurants, and taxi cabs, Dylan had seen people speaking English. But those were people who catered to tourists. This was a group of local kids in a small community park. I wasn’t so sure.

“Not everyone in Italy speaks English,” I explained.

“But maybe they do,” he implored

It suddenly dawned on me that his 5-year-old logic was trumping all of my arguments. My resistance was not based on any real risk. I was only expressing my own fear of rejection stemming from social anxiety that had been ingrained in me from my own childhood. Somewhere in life, probably in my adolescence, I learned a fear of inviting strangers to play. And that is a burden that I have carried with me ever since.

But my bright-eyed son carries no such burden. At the age of 5, play is a universal language, and I have seen him repeatedly use play to connect with others–regardless of race, religion, class or language. Anyone willing to join him in the present moment (or perhaps the “pleasant moment”) is welcome.

So I finally, having been whittled down by his unassailable 5-year-old logic, acquiesced and let him go ask if he could play. And then I watched, with a mix of pride, fear and amusement, as he boldly walked across the park and invited himself into their game.

And would you believe that they did speak English, and even more improbably, they did have an extra badminton racquet. And not only did they welcome Dylan into the game, but his arrival shifted the balance of power so that there were now two even teams of three that immediately (and somewhat predictably) divided themselves into boys versus girls.

For the next 30 minutes I watched Dylan run around with these other kids, his face completely lit up with joy. I was ashamed of myself for almost letting my fears get in the way of this transcendent moment. More than that, I was filled with regret, asking myself how many times I had used those same fears to talk myself out of opportunities for joy and connection.

How easy it would be for me to pass my fears on to my sons. To teach them social anxiety. Wanting to protect them, I teach them how to worry, how to be cautious, how to stay safe. But that day in the playground, it was my son who taught me a lesson. He taught me to trust his bravery, to question my fears, and to remember that nothing can bring people together like a simple invitation to play.

Don’t Trust This Blog
Movement and the Mind: Emotional Parkour

2 Responses to The Universal Language of Play