Tag Archives | the power of teams 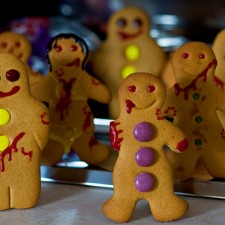 Recently I wrote an article on the positive psychology of zombies, and I immediately realized that I was only telling half the story.  I argued that the popularity and appeal of zombies was due to their perseverance.  Unlike other mythical horror creatures, the zombies do not have super human powers or weapons to destroy their […]