By Jeremy McCarthy on December 28, 2010 in Facts of Life, Positive Psychology 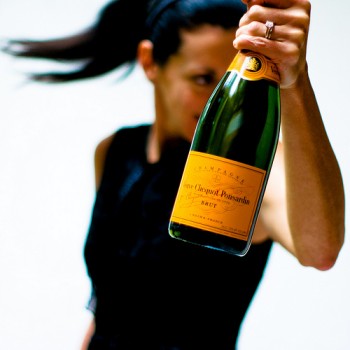 In a few days, we will watch the ball drop on another year and say goodbye to 2010.  How much meaning you assign to this event is purely an individual decision.  As I discussed in a previous article (see The Psychology of Time,) these measures of time are strictly a human invention and only appeared relatively recently in human history.  Much like a ruler would still be the same size even without the notches that tell us it is 12 inches, the marking of a new year doesn’t necessarily mean anything in the grand scheme of things.

Be that as it may, the markings of the calendar give a certain rhythm to our lives and provide boundaries (albeit manmade boundaries) that cause us to pause for reflection at regular intervals along our journey.  As a new year approaches, it is a good time for us to look back on the past year, and think about our successes and failures, our achievements and disappointments, our growth and our setbacks.  Now is the time to ask, “Was 2010 a good year?”

But how do you evaluate a year?  Based on where we find ourselves at the end of it?  How much fun we had along the way?  Or is the jury still out yet?  Maybe it is too soon to tell how this year may have contributed (or not) to the overall richness and quality of our lives.

The reality is that we may not even be qualified to judge our own past experiences.  Research shows that our mind has certain biases– tricks that it plays on us, when thinking back on remembered experiences.  Psychologists have identified discrepancies between “experienced utility” (the amount of enjoyment we get out of an event while it is happening) and “remembered utility” (how we evaluate it afterwards.)

The most well known research on this is Daniel Kahneman’s studies on the “Peak-End Rule.”   His research (on colonoscopy patients) showed that, at least in certain situations (like having a probe inserted in your rectum,) people’s memories are heavily influenced by the peak moments of an experience, and then by how the experience ended.   He found that patients were more likely to come back for their follow up procedure if the colonoscopy ended well, even if the experience took more time and had a greater quantity of overall discomfort.

Other researchers (Diener, Wirtz and Oishi, 2001) identified the “James Dean effect” showing that people are also heavily influenced by endings when evaluating the quality of other peoples’ lives.  Someone who lived a great life and died suddenly is generally viewed as better than someone who lived a great life in their younger years but then petered out over several years of mildly pleasant retirement.  Apparently most people truly do believe, “it’s better to burn out than fade away.”

So as you think back on 2010, you won’t really remember the sum total of good and bad experiences that you had.  You will probably recall the peaks and valleys—the highs and lows that remain most salient in your mind.  And then you will remember the ending.  Endings are important, so it’s not too late, in the remaining days to do something spectacular and make 2010 truly great.

But before we put the period at the end of this year, there is one other study worth mentioning.  In an experiment by Paul Rozin and Jennifer Stellar, participants evaluated the quality and happiness of the lives of others (as they did in the “James Dean effect” study.)  But this time they looked at the effects of “posthumous events.”  They found that people would change their ratings of the quality of a life (attributing more [or less] goodness and happiness to it) based on things that happened after people were already dead.  Endings matter.  But what happens after the ending matters too.

So I think it is too soon to start calculating the merits of 2010.  The true value of this year will show up in the years to come, as we apply the things we’ve learned this year, savor the memories of experiences we’ve had, and enjoy the cumulative effect of another year of growth.  Was 2010 a good year?  I think it was . . . but time will tell.

In the meantime, I wish you a great ending.  Happy New Year!

The Positive Psychology of Christmas Stories
Willpower and Waypower: The Secret to Accomplishing All Your Goals for the New Year