By Jeremy McCarthy on October 25, 2011 in Positive Psychology, Questions of Science 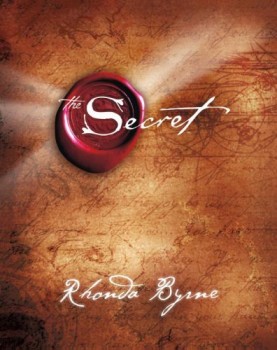 Most of my friends that study and practice positive psychology will cringe at the headline of this article.  They will cringe because they know that “The Secret,” a trendy best seller that teaches positive thinking as a way to get what you want out of life, is basically a bunch of new age mumbo jumbo that is not supported by any real science or research.

This happened to me the other day as I was speaking with a team of employees from one of our spas, and we were discussing ways to apply positive psychology to the spa experience.  Gabriel, a massage therapist from South America, told me that “The Secret” had changed his life.

He also started focusing on the positive, even practicing smiling every night before he went to bed (I’m not sure what he was like as a construction worker, but today, he has a great smile which, combined with his Uruguayan accent, makes him an engaging story teller.)  According to him, practicing the skills he learned in “The Secret” transformed his life, allowing him to leave his failing relationship, and move to the U.S. in pursuit of his new career dreams.

The idea that you can imagine yourself driving a Ferrari, and if you visualize it hard enough and believe strong enough you will find one parked in your driveway quite simply doesn’t work.  But there are elements of “The Secret” that can serve people and can even be explained by research.

For example, in one study, Richard Wiseman had groups of people look through a newspaper and count how many images they found.  If they paid attention to the headlines in the newspaper, they would notice that not only was a shortcut to the answer hidden there, and there was also a cash prize for them if they saw the clues.

People who thought of themselves as unlucky did not notice the clues, but those who considered themselves lucky did.  Those who generally believed that good things would happen to them were more open and aware of those good things when they appeared, so it became a self-fulfilling prophecy.

I once asked Barbara Fredrickson what she thought of The Secret and she explained this upward spiral as one explainable aspect of the “law of attraction” that is espoused in the book.  It is not so much that you attract things by visualizing them, but by being positive and optimistic you are more open to opportunities that lead you to the things you want in life.

So does The Secret work?  Science would say no, at least not in the sense they would have you believe in the book.  But as I have said before, science doesn’t always capture the possibilities of individual experience.  Did The Secret work for Gabriel?  He seems to think so.  And while he is happily living his dream as a massage therapist in one of our spas, who am I to tell him he is wrong?

The Social Contract at Work
Occupy Wall Street asks “What do we all Agree On?”

6 Responses to “The Secret” Really Works!