By Jeremy McCarthy on December 27, 2011 in Book Reviews, Positive Psychology, Psychology of Spas and Wellbeing 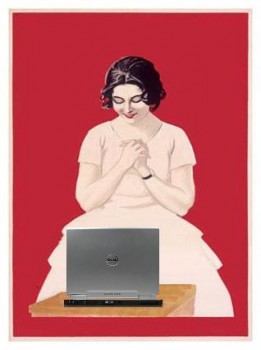 The Psychology of Wellbeing would not be what it is without the inspiration of other bloggers out there.  These are the blogs that spark my creativity and make me want to become a part of the larger blogging community:

“The Good Life” by Chris Peterson.  Chris is just a great story teller.  He talks about research from the field of positive psychology but he has a knack for making it meaningful by talking about how it applies in his personal life.  I love the fact that he waxes philosophical about the science.  Also, I know Chris.  He was one of my professors when I was studying positive psychology.  And he writes like he talks so it’s always nice to imagine him telling the stories he shares on his blog.

“The Innovative Educator” by Lisa Nielsen.  Lisa’s blog is the prototype of what a good blog should be:  1. she covers a narrow subject area (the importance of technology and social media in education.)  2. she has a strong point of view on the subject and 3. she says things that nobody else is saying.  Her blog challenges traditional thinking and should be required reading for anyone in education.  But even if you’re not an educator, she will make you think differently about technology, parenting, learning and more.

“Curious?” by Todd Kashdan.  I almost hate to mention Todd Kashdan yet again on my blog because he is already the most cited person on psychologyofwellbeing.com.  But I can’t help it, because he says so many smart things.  Like Lisa, Todd likes to buck the status quo and says things that nobody else is saying.  Start by reading his book “Curious?”—it will change the way you think about everything.

“Stark Reality” by Todd Stark.  It’s hard for me to say what this blog is about.  I’m not sure Todd even knows.  I think it’s about whatever is interesting to him and he is interested in a lot of things: psychology, biology, cognitive neuroscience, human performance, and martial arts.  Well I’m interested in those things too so I like the fact that his blog transcends categories and doesn’t fit nicely into a simple niche.

“The Emotion Machine” by Steven Handel.  Steven is one of the more prolific bloggers I follow with new articles on psychology and personal development at least a few times a week.  He’s also the first one I’ll give design props to.  The design of the blog is not a major factor to me since I read most of my blogs in Google Reader anyway, but The Emotion Machine has a cool look to it.  While not being too polished/professional, he has a layout that is original and fun to browse in.  There’s always something here that is interesting or inspiring.

“Man vs. Debt” by Adam Baker.  This blog tells the personal story of a man (and his wife and infant daughter) who decide to get out of debt by living a new motto: “Sell your crap. Pay off your debt. Do what you love.”  While many of the articles talk about financial matters and he claims to have helped many people get out of debt, ultimately what he writes about is “living a life of passion and purpose.”  Blogs like this shatter the notion that we can only learn from experts, leaders or success stories.  Sometimes we can learn a lot from a regular guy just trying to make a difference and sharing his story with the world along the way.

“Politics of Wellbeing” by Jules Evans.  An important blog.  The problem with positive psychology is it is predominantly focused on individuals.  But true human wellbeing will come with changes in society, government, culture and community.  Jules draws from psychology, politics, philosophy and culture to talk about the big picture for human wellbeing.  Jules admittedly does not have all the answers, but he asks the right questions, and they are the questions that should be debated at the highest levels of leadership in governments around the world.  I like it because Jules doesn’t go for the easy answers–he likes to wrestle with the complexity of the human condition.

“Tony Equale’s Blog” by (you guessed it) Tony Equale. Tony is a former priest and the author of “An Unknown God” who writes about religion in a way that nobody else does.  He is able to take a scientific approach to analyzing the role of God and religion in our lives while blasting through all of the institutional bullshit that bogs down most religions.  Tony has a lot to teach the world, but it is not easy.  His articles require time to read, process, reflect and absorb.  But if you put in the time, you come away transformed.  (I cited Tony in my article last week on Jesus Christ, the Man.)

“Vision Spa Retreat” by Sara Firman.  I thought I was saying things about the spa industry that no one else was saying . . . and then I found Sara Firman.  She says everything I’ve been saying and all the things I wish I had thought to say.  And she says them far more eloquently than I could.  Sara is a poet and a deep thinker, and one of the few people in the industry who can capture the dream of spas as centers for holistic and spiritual healing while still being perfectly fluent in the science behind it all.  I love her thinking because she understands the framework that science provides but is by no means contained within it or limited by it.

I hope you enjoy these gems of the blogosphere as much as I have.  If you have a favorite blog you’d like to share, I’d love to hear about it in the comments below!

On Jesus Christ, the Man
The Psychology of Wellbeing Best of 2011

2 Responses to The Psychology of Wellbeing Blog Honor Roll