By Jeremy McCarthy on January 9, 2014 in Book Reviews, Positive Psychology 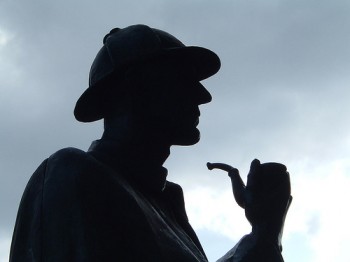 As a boy I was an avid reader and could always be found with my nose buried in one book or another.  I remember one of my favorites, a book that I would read and re-read ad infinitum, was a collection of stories of the famed detective Sherlock Holmes, written by Sir Arthur Conan Doyle.

Sherlock Holmes was a different kind of superhero.  It wasn’t his strength or speed or physical prowess that helped him to battle the bad guys, it was the power of his mind.  Holmes had this amazing ability to use his mind in ways that few others could.  This superhuman keenness of mind allowed Holmes to see things that others couldn’t, to avoid being led astray by misleading clues, and to make connections between disparate pieces of information that others would never imagine.

How was it that Holmes had such a facility for solving problems?  How was he able to analyze bizarre occurrences and extract the essential from the superfluous? “Elementary, my dear Watson,” he would say to his crime-fighting sidekick.  If you look at the world the way Holmes does, things are rarely as complicated as they seem. 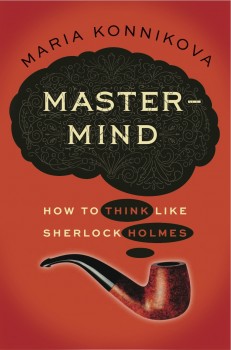 In Mastermind: How to Think like Sherlock Holmes, author Maria Konnikova delves into the mystery of Holmes’ incredible insight.  Analyzing his various cases, she takes a close look at the methods that make him a paragon of problem-solving, and artfully reviews them in the context of what modern research tells us about the way the mind works.  What is the secret to Holmes’ success?  According to Konnikova, it could be summed up in one word:  Mindfulness.

In contrast, Holmes’ partner Watson makes the mental errors that most of us make.  He falls into the trap of “System 1” thinking (or “system Watson” according to Konnikova: a clever way of describing Kahneman’s 2-system cognitive model that I wrote about here.)  Watson relies far too much on his gut instincts, which are swayed by numerous biases based on personal past experiences or his subjective reactions to them.)

Holmes, on the other hand, takes a more deliberative approach, tapping into the brain’s more thoughtful “System 2” (“system Holmes” Konnikova would say.)  System Holmes is much slower, which is why we often prefer the faster and easier system Watson when confronted with a problem.

According to Konnikova, when we use System Watson, we forget that “between observation and deduction there lies an important mental moment.”    In Watson mode, we are ready to make quick assumptions and focus on the action steps to be taken, “underestimating the crucial need for the exact opposite:  a moment of quiet reflection.”

Holmes, on the other hand, when he sees everyone else launching into action, chooses to slow down.  If the clues all point in one direction, Scotland Yard would call it an “open and shut case.”  Holmes would say it’s “just a trifle too obvious” and take a moment to think it through again. 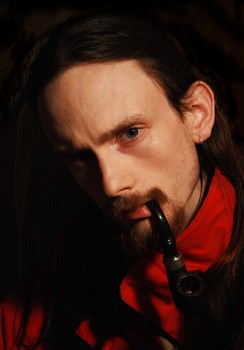 In one example from Konnikova’s book the crime-solving duo is presented with a particularly vexing case.  “What are you going to do?” asks Watson, showing again his proclivity for action.  “To smoke,” Holmes replies.  “It is quite a three-pipe problem, and I beg that you won’t speak to me for fifty minutes.”

Konnikova shows us that Holmes recognizes that some problems require “psychological distance” before jumping into action.  Creating this space usually involves some physical behavior that takes the mind in a different direction, completely unrelated to what one is trying to accomplish.  She cites taking a walk as a good way for most of us [non pipe-smokers] to take a Holmesian break from a problem.

You might be wondering at this point, what purpose does Watson serve?  If Watson is always quick to jump to hasty conclusions and Holmes needs his space to think, why does he keep Watson around at all?

Elementary, dear reader.  Once Holmes has had a chance to think, theories start to form in his mind.  What better way for the great detective to review his theories mindfully than to explain them to someone else?  “Nothing clears up a case so much as stating it to another person,” says Holmes.

Konnikova’s book is one of the most original and creative works on the psychology of mindfulness I have seen in a long time.  Reading How to Think like Sherlock Holmes, you quickly realize that we are all detectives, regularly confronted with mysteries to solve, clues to decipher and motives to interpret.  Following the great detective, we learn the skills of mindfulness that can help us navigate the mysteries of our world just a little bit better.  We learn how to develop our System Holmes.

Small Choices Change Everything
The Problem With Low “Selfie Esteem”

2 Responses to The Mindfulness of Sherlock Holmes