By Jeremy McCarthy on May 7, 2013 in Facts of Life, Mind-Body, Positive Psychology

One aspect of the emergence of positive psychology and the trendiness of happiness has been to see businesses incorporating happiness into their business models.  Zappos’ business is based on “Delivering Happiness,” Huggies has it’s “be happy” campaign and Coca-Cola’s “Open Happiness” video commercials have been hugely successful.

At least in the case of Coca-Cola, their claims about selling happiness in a bottle appear to be grounded in reality.  A study published in the Journal of Happiness Studies found that fast food and soft drink consumption was positively correlated with children’s risk of being overweight, but negatively correlated with unhappiness.  In other words, junk food and soda are making our kids fatter, but happier.

A lot of wellness professionals will not like this research.  We prefer it when things like health, success and happiness all come tied together in a neat little bundle.  But life doesn’t always work that way.  Sometimes, it is more important to deny ourselves short term happiness in favor of more meaningful long term objectives (like health.)

In fact, many scientists point out that a meaningful life isn’t always the same as a happy life.  In a forthcoming issue of the Journal of Positive Psychology, researchers attempt to identify areas where happiness and meaning do not intersect.

To be clear, there is a lot of overlap between happiness and meaning, but there are a lot of differences too.  In setting out to identify those differences, here is what psychologists found:

Meaningfulness is more focused on the past and the future, while happiness tends to happen in the present.

Meaningfulness was more associated with worry, stress, anxiety and arguments.  Meaningfulness seems to involve focusing  on “things one regards as important.”  These are often things we are willing to fight for or suffer for (see my article on the meaning in Les Miserables or another one on the “parenting paradox.”)

Meaningfulness was also more prominent in people who identified with the simple tasks of life, such as commuting, cooking, cleaning, maintaining the house, waiting on others, reading for pleasure, napping, balancing finances and emailing (none of which had any correlation with happiness.) 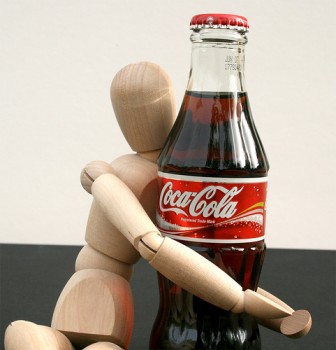 There are two things I take away from this kind of research.  The first is that moment-to-moment happiness should not be our top priority.  The authors suggest that “happiness without meaning characterizes a relatively shallow, self-absorbed or even selfish life” and that “positive psychology [should] focus some of its energy on understanding meaningfulness.”

But my other takeaway is that much of the debates about “happiness vs. meaning” in psychology are semantic.  There are plenty of articles and research studies like this one, suggesting that the “pursuit of happiness” is misguided.  And they define happiness as a fleeting experience of positive emotions (and/or absence of negative emotions.)

But whenever you want to feel good for a fleeting moment, you can always “have a Coke and a smile.”

E-book available:  The Psychology of Spas and Wellbeing.

The Vegetarianish Diet
Personal Decisions are the Leading Cause of Death