By Jeremy McCarthy on August 7, 2012 in Facts of Life, Mind-Body, Positive Psychology

“Laugh often, long and loud. Laugh until you gasp for breath.” 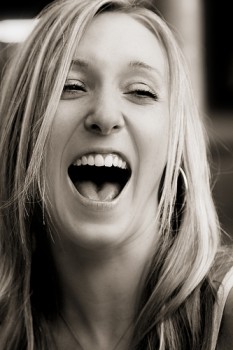 Researchers from the University of Switzerland, Fabian Gander, Rene Proyer and Tobias Wyss shared a poster presentation at the last world congress of the International Positive Psychology Association.  They noted that while humor as a character strength has been observed to be “robustly positively correlated with wellbeing,” they haven’t seen any positive psychology interventions developed using humor.  They developed and tested a new humor intervention modeled after the “three good things” exercise to see if it would have an impact on happiness and on depressive symptoms.

For those who aren’t familiar with “three good things” a.k.a. “three blessings” the idea is to write down every day three good things that happened to you.  Research showed that people who are asked to practice this exercise for one week report greater happiness levels up to six months afterwards (it was unknown how many people in the study continued the practice beyond the week-long intervention.)

Gander, Proyer and Wyss put a humorous twist on the intervention by asking people to write down “three funny things” from their experiences of the day and to think about why they occurred.  A control group was asked to write about an early childhood memory.  An interesting (and important) distinction between this study and the “three good things” study is that participants were not told that the intent of the intervention was to increase happiness or reduce depressive symptoms.  It was described as a “train your strengths” program.

The participants who wrote down three funny things had the last laugh as they did indeed show significantly higher happiness three months after the exercise and significantly lower depressive symptoms at 1 month, 3 months and 6 months afterward.

These are not the only researchers singing the praises of humor.  Robert Provine from the University of Maryland published “Laughter: A Scientific Investigation” in which he describes laughter as a “social glue” that brings people together.  Martin Seligman, author of “Authentic Happiness” and “Flourish” seems to agree, saying that “laughter tunes the group,” thereby helping to strengthen the cooperation that underpins much of the cultural evolution of man. 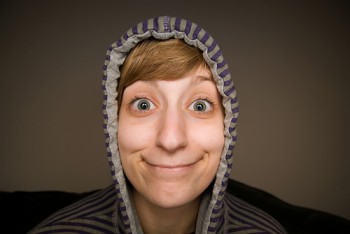 Cognitive neuroscientist Sophie Scott explains that laughter drives social bonding as a form of highly expressive non-verbal communication.  Even tickling, she theorizes, has a distinct evolutionary function as a way to create a strong bond between parent and child.

Robin Dunbar, an evolutionary psychologist from Oxford, says that the physical contractions of laughter trigger the release of endorphins in the brain.  This means laughter not only feels good, but it makes us resistant to pain as well.  His studies found that participants were more resistant to pain after watching and laughing at live or recorded performances of stand-up comedy.  (This reminds me of the famous story of Norman Cousins who found healing and pain relief in repeated viewings of Marx Brothers’ funny movies.)

The Association for Applied and Therapeutic Humor is an organization dedicated to providing evidence based information on practical applications of humor (thanks to Mary Kay Morrison, founder of Humor Quest, who sits on their board of directors.)  On their website you can find interesting articles such as “Clowning Around with Cancer,” “Spirituality and the Practice of Clowning,” or “Tragedy, Laughter and Survival,” which is about humor after the tragedies of September 11.

Before you let all of this humor research tickle your funny bone, there is at least one area where the benefits of humor might not be as strong as we all thought.  Thanks to Norman Cousins and others, there is a widespread belief that humor is good for your physical health.  A review of the research shows that this may not be the case.  While humor and laughter have been shown to improve physiological markers of relaxation and immunity, there isn’t conclusive evidence showing that this translates into increased longevity or improved health.

Robert Provine, one of the researchers mentioned above, is still bullish on laughter.  “Until the scientists work out all the details,” he says, “get in all the laughter you can!”  I think that’s good advice.

laughter as medicine, psychology of humor, science on laughter

Starry Nights and Samadhi
On Global Spa and Wellness Trends

4 Responses to A Funny Thing Happened: On Humor and Wellbeing