By Jeremy McCarthy on September 4, 2015 in Book Reviews, Facts of Life 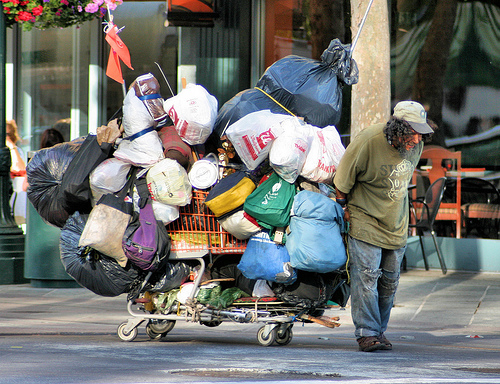 Consider your answers to the following questions:

If you are at all like me, your answers to these questions were along the lines of “yes! Who doesn’t?” Unfortunately, according to Robin Zasio, the author of The Hoarder in You: How to Live a Happier, Healthier, Uncluttered Life, answering yes to these questions is an indication that you may have “hoarding tendencies.”

All of us (or at least some of us . . . OK, at least me . . .) tend to exhibit some hoarding tendencies. We cling to our belongings even when they no longer serve us, we accumulate things over the course of our lifetimes, often buying larger houses, two-car garages or expensive storage units just to have a place to keep it all, and we struggle with staying organized as the growing personal inventory becomes more and more difficult to manage.

It is likely that these hoarding tendencies were once important to human survival. It is easy to imagine how our distant ancestors may have increased their survival quotient by clinging to tools and resources that may have later proved useful. And so the hoarding gene spread and continues to be passed on to this day. 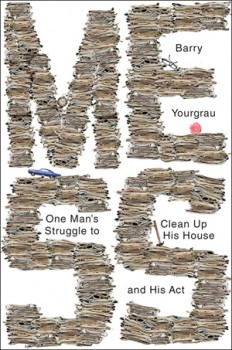 I recently received a review copy of Mess: One Man’s Struggle to Clean Up His House & His Act. The book is the autobiographical memoir of a man (Barry Yourgrau) struggling with his relationship with clutter. When his girlfriend unexpectedly stops by and sees his “mess” she gives him an ultimatum and he is forced to embark on “the Project” to let go of his many “collections” (mostly worthless items such as shopping bags, boxes, magazines, etc.

Throughout the book, the reader is never quite sure if Yourgrau qualifies as a full-fledged “hoarder.” (Judging by the quiz mentioned above, I’m no longer so sure of myself either.) Yourgrau doesn’t exactly define himself as a hoarder, but he does attend “Clutterers Anonymous” meetings and he spends most of the book procrastinating cleaning his house (in fact, the entire book itself seems to have been a simple way for him to justify delaying cleaning while he did “research” into people’s relationships with their clutter.)

But Yourgrau’s case does not seem to be as egregious as other extreme hoarders he mentions, such as the Collyer brothers, a pair of twins who were found dead, buried under 130 tons of junk in their New York brownstone apartment in 1947. Beyond these extreme cases, however, hoarding seems difficult to classify, and most of us seem to find ourselves somewhere on the spectrum between mildly disorganized and buried alive under a mountain of our own stuff.

Resisting the allure of hoarding material possessions requires exercising and flexing ones mindfulness muscles to avoid the pull of ancient genetic programs that no longer apply in the age of abundance. Much like our attraction to sweet foods, non-stop productivity, and viral cat videos, our obsession with accumulating stuff does not contribute meaningfully to our lives, and if left unchecked, could lead to disaster.

In the book, Yourgrau does manage to “clean up his house and his act,” giving all of us along the hoarding spectrum some hope that change is possible. But given that we all suffer from these ancestral programs that push us to cling to the things that we own (see “the endowment effect,”) the best strategy is probably to avoid accumulating things in the first place.

Zasio, R. (2012). The Hoarder in You: How to Live a Happier, Healthier, Uncluttered Life. Rodale Books.

Mindfulness: It Ain’t All It’s Cracked Up To Be
On Post-Traumatic Growth

3 Responses to Getting to Know your Inner Hoarder