This is a guest post by Holly Ashby, a writer who has written extensively about wellbeing, health and meditation.  She currently works for the meditation centre Beeja meditation, who help people to combat stress using meditation. 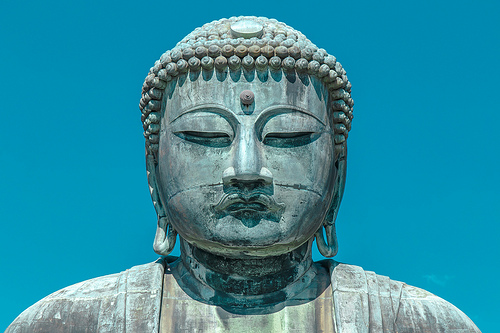 It’s taken for granted that meditation has a calming influence. Often recommended as part of a larger strategy for dealing with everything from high stress levels to chronic fatigue, it seems clear that the practice has real benefits. As the practice moves away from its millennia-old spiritual connotations and into the secular realm, science has started asking questions about the extent of meditation’s usefulness, why people find meditation beneficial and how it works.

Meditation, as well as its effects, is a developing subfield of neurological research. Using MRI scanners and electroencephalograms (EEG) to gain an insight into people’s minds, researchers have concluded that meditation has a clear physical effect. It may not be entirely understood how meditation does this, but the fact that there’s physical evidence to back-up the anecdotal experiences of meditators gives credence to the idea that meditation can change how you think and feel.

When we age our brains lose weight and volume and we experience the loss of grey matter. Long-term meditators, however, appear to retain their cortical thickness. The researcher Sara Lazar took twenty experienced meditators and fifteen non-meditators and scanned their brains, observing that “between-group differences in prefrontal cortical thickness were most pronounced in older participants, suggesting that meditation might offset age-related cortical thinning”.

In order to explore the suggestion that meditators simply had more grey matter in the first place, the Harvard researchers then took people who had never meditated before and instructed them to meditate every day for 40 minutes (with weekly group meditations) for eight weeks. They found that even after this short time, there was a thickening in four regions of the new-meditators brains, including the left hippocampus, which assists in learning, cognition, memory and emotional regulation.

A study carried out at Yale University looked into the idea of“living in the moment” as taught by many philosophical and contemplative traditions as a key to happiness. This doesn’t come naturally, as human beings are prone to ruminating, letting their mind wander and going down rabbit holes of self-referential thought. This is known as the “monkey mind”, and it’s something spiritual meditators such as Buddhist monks try to combat.

The part of the brain responsible for this kind of thinking is the Default Mode Network (or DMN), and it’s what switches on when we aren’t thinking about anything in particular, but are instead jumping from thought to thought. It’s here that vague worries, stewing on the past or fretting about the future happens, and many people wish to dial down this type of thinking. The Yale study found that meditation decreases activity in the DMN, and when people who meditate do find their mind wandering, they are better at snapping out of this kind of thought.

For a long time, it was thought that when a person reaches adulthood that their brains were fixed. However, it has been clear that the brain changes throughout our lives and adapts by creating new neural pathways–a phenomenon known as neuroplasticity. It’s thought that habitual thoughts strengthen neural pathways, making it harder to wander outside of these well-worn trains of thought. For example, getting stuck thinking about something from your past rather than moving on, or going over the same routine of anxious thoughts day after day.

As people meditate, the neural connections within and between the DMN (also known as the Me-Center) begin to loosen. This means that it becomes easier to avoid habitual thought patterns, because the connections that made them come so naturally in the first place begin to weaken, and new, more positive pathways begin to form instead.

Science has only begun to scratch the surface in finding out how meditation works and how it helps us, but with proof building that it can radically change the way we think, meditation may find itself becoming more firmly placed in the secular world.

One Response to Your Brain on Meditation