By Marcello Spinella on July 15, 2011 in Making a Better World, Mind-Body, Positive Psychology 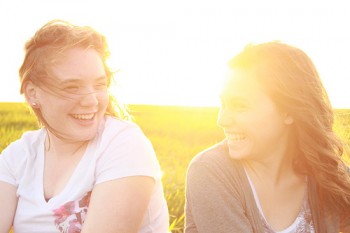 The playing field isn’t level. Research shows that, all things considered, negative emotions have an unfair advantage over us, grabbing and holding our attention more easily. We spend much of our time handling problems and figure that happiness will pop up on its own when the time is right. Our inherent putting-out-fires approach to life works well for certain crises, but the problem is that it leads to a very imbalanced life in the long run. According to Socrates, the unexamined life (i.e. the one lived on auto-pilot) is not worth living.

One of the fundamental problems we experience as humans is that we think that what we experience is the way things actually are. But it can’t be. The only way we know about reality is what gets filtered in through our senses. Our eyes, ears, nose, etc. send electrical signals to the brain, which in turn takes those signals and constructs a version of reality, something like a virtual reality simulation.

Most of the time, this working model of reality is good enough. It lets us get around and function. Sometimes, like when someone takes LSD or has schizophrenia, our version of reality is terribly off. But what most of us don’t realize is that even our normal, everyday model of reality is also off, just to a lesser degree. Given that negative emotions have a stronger pull than positive ones, that little oversight can turn into big trouble.

The eminent psychologist William James was well aware of this. He wrote that “Whilst part of what we perceive comes through our senses from the object before us, another part (and it may be the larger part) always comes out of our own mind.” He further noted that “each of us literally chooses, by his ways of attending to things, what sort of universe he shall appear to himself to inhabit.” It’s not that we passively experience reality so much as we actively construct it. We make choices in what we notice, dwell on, evaluate, and interpret. As the writer Kahlil Gibran pointed out, “We choose our joys and sorrows long before we experience them.”

One of the wiser choices we can make in assembling our version of reality is to appreciate joy, that of others as well as ourselves. In Buddhist practice, this is called mudita, meaning happiness in response to a person’s happiness, success, or good fortune. This is a genuine feeling of happiness, not one that is forced.

When considering other’s happiness and good fortune, we are faced with a choice. One common response is jealousy and envy. “I wish I had that, instead of them.” We all know this because we’ve all felt it. While it’s natural for people to feel this at times, dwelling on it is not inevitable. When jealousy arises, we have a few options. One is to feed into it, rehearse all the reasons why we think the other doesn’t deserve success, or why we deserve it more. Envy is an unpleasant feeling, and this reaction only deepens the wound.

Another choice is to re-frame the circumstances. Acknowledging the feeling openly and honestly, we can recognize that one person’s success or happiness need not diminish another’s. It’s not like there’s a tank of happiness somewhere and once it’s used up by the happy misers the rest of us are out of luck.

Our quick and automatic response is often to compare ourselves to others. A psychologist named Frank Fujita found that how often we compare ourselves with others relates to greater negative emotion (more fear, anger, shame, and sadness), while it does not lead to any greater long-term positive emotion. Comparison, it seems, is not a pathway to long-term happiness.

So rather than wallowing in the quagmire of who has more and better (More of what? And better according to whom?), we can shift to the simple strategy of feeling happy for another’s happiness. William Shakespeare said that “joy delights in joy,” and a Swedish proverb says that “shared joy is a double joy.” A Buddhist sutra points out that, “a single lamp may light hundreds of thousands of lamps without itself being diminished.”

Given the choice between sympathetically rejoicing in another’s happiness, thereby increasing your own happiness, or dwelling in envy and anger, diminishing your own happiness, which will you choose? Appreciative joy is the closest we will get to a free lunch. As the Dalai Lama has said, when we feel happiness in response to another’s happiness, our odds of being happy go up by about 6 billion to one. The Buddhist monk Nyanaponika Thera said, “your life will gain in joy by sharing the happiness of others as if it were yours.”

Feeling joy nourishes us, and gives us more reserves to deal with difficulties when they come along. Besides, in experiencing our own joy, we in turn radiate that towards others as we interact with them, making a contagious and virtuous cycle. As Washington Irving put it: “How easy it is for one benevolent being to diffuse pleasure around him; and how truly is a kind heart a fountain of gladness, making everything in its vicinity to freshen into smiles!”

appreciative joy in buddhism, mindfulness joy, the secret of happiness

You Don’t Stop Playing Because You Get Old
Help, I can’t Meditate! (25 Tips for New Meditators)