By Jeremy McCarthy on July 12, 2011 in Facts of Life, Fitness and Exercise 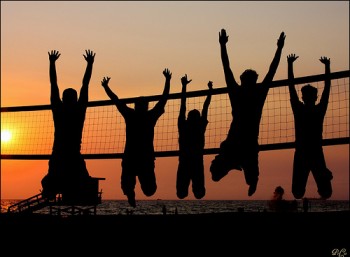 I’ve been inspired recently by some news stories of people pursuing very athletic endeavors into their later years.  For example, the cover of a recent Washington Post magazine featured Ernestine Shepherd (and her six pack of abs.)  Ernestine is the oldest competitive bodybuilder in the world (at age 74.)  The best quote from the article . . . “Age is nothing but a number.”

Then my friend, Mark “The Spa Man” McKenney sent me an article from the Miami Herald about Ernest Lang, a man who decided to take up competitive rowing at 65 years of age.  The fact that he began a new sport at age 65 was not, in fact, the most exciting part of the article.  The most exciting part is that he has been rowing now for 25 years and still going strong today at 90!  In that time he has won several medals and accolades, participating in several competitions both in his Hungarian homeland and internationally.  By the way, at 90, Lang does not qualify as the oldest competitive rower in the world.  Charles Eugster of Switzerland has him beat at 91. Clearly, the rowing probably has a lot to do with their longevity and continued vitality.

Another friend of mine Caroline Miller (who is an inspiration herself and the author of “Creating Your Best Life,” the top research based book on goal setting and accomplishment,) sent me an article about Diana Nyad, a 61 year old woman who still turns heads in her swimsuit and is training to swim from Cuba to Florida.  When people suggest that she should slow down due to her age she says, “Oh.  My age.  I forgot.”

On a personal level, I love these stories because I continue (in my 40’s) to pursue my own passions for surfing and competitive beach volleyball.  I did not grow up pursuing these sports, but I picked them both up in my 30’s and they have brought me so much joy over the past decade.  Volleyball, in particular, has been a driving force, motivating me to stay healthy to perform at my best and ultimately being a hub for my social life, connecting me with other active people who are around my age.

There is something about this lifestyle around a passion for sport that brings people together.  I’ve noticed how I connect with other people in the spa industry who pursue similar passions.  Frank Pitsikalis, CEO of Resort Suite, plays in a competitive ice hockey league at age 43.  Edwin Neill, 49, of the Neill Corporation and former president of the ISPA Foundation is an avid wakeboarder.   Susan Wheeler, who has been the Spa Director at The Equinox Resort in Vermont for 24 years is a competitive equestrienne and still winning ribbons at age 59.   Gupindar Mahal, the CEO of Lifestyle International, a spa management and consulting firm based in Malaysia is a regular cricket player at 51.

A good friend of mine, Ann Brown, Spa Director at Spa Shiki, turns 44 this month although she looks like she’s 24 thanks to pursuing an avid fitness lifestyle.  She used to work out in a gym because she liked being able to use machines that would help her measure her progress (see my article on “Personal Biological Monitoring.”)  But now she is broadening her boundaries and experimenting with activities that she can do outdoors like kayaking, cycling and yoga.  Her mantra is “age is an attitude.”

One of the things I love about working in the spa industry is connecting with these energetic people who live lifestyles that transcend age.   Anytime I get together with these industry colleagues, I will ask them about these activities and you can instantly see their eyes light up.  It is easy for me to share in their joy . . . I know exactly what it feels like.

Another inspirational character from the spa industry is Sheila Cluff (who was also featured in my article on “positive health.”)  Sheila is now 75 years old and practices figure skating (this boggles my mind because I know how hard a fall on the ice can be.)   It is important to note that Sheila has not been skating her whole life.  She just picked it up again in 2005 after taking a 45 year absence from the rink.  Talk about a comeback!  In her youth, however, she practically invented aerobics by combining the music and movements of figure skating with fitness exercises on a gymnasium floor.

If you read this blog, you know I feel strongly that physical fitness is an important part of flourishing.  That is only magnified when the physical activity is combined with a personal passion for sport and play and with the social aspect of sharing an activity with other like minded people.  When I hear these inspiring stories of people pursuing a passion for physical sport throughout their lifespan, it reminds me of the old refrain that I often hear from my own friends on the volleyball court:  “You don’t stop playing because you get old . . . You get old because you stop playing.”