By Jeremy McCarthy on April 3, 2012 in Psychology of Spas and Wellbeing, Questions of Science, Wellbeing in the World of Work

“From its beginnings in the 1920s until its demise in the 1980s, Bell Labs—officially, the research and development wing of AT&T—was the biggest, and arguably the best, laboratory for new ideas in the world.  From the transistor to the laser, from digital communications to cellular telephony, it’s hard to find an aspect of modern life that hasn’t been touched by Bell Labs.” 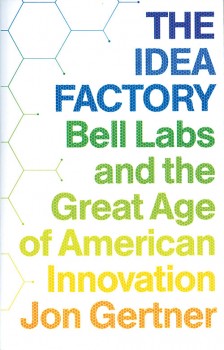 When I was offered a review copy of  “The Idea Factory: Bell Labs and the Great Age of American Innovation,” I normally would have passed.   Although I did write previously about the origins of “radical, game-changing innovation,” it’s always a stretch to link innovation to “the psychology of wellbeing” and I already have a backlog of books to read that are more apropos. That being said, I had just been invited to speak at the Global Spa and Wellness Summit this June at the Aspen Institute, and this year’s theme just happens to be “Innovation through Imagination.”

So my intention was to get into a creativity mindset while learning about one of the most fascinating and innovative companies of the last century.  While we don’t hear much about it today, Bell Labs brought together some of the greatest scientific minds in American history for the sole purpose of investigating and experimenting with new technologies.  The scope and quantity of new innovations, which include the transistor, the laser and the solar cell, literally brought the world into the information age and laid the foundation for many of the technologies that are so ubiquitous today.

I was lucky in the sense that:

a. Gertner’s writing is engaging and the story is a fascinating account of an important period in the history of technology, and

b. it was easier than I thought it would be to draw relevant lessons that could be applied to my work with the spa and wellness industries (I’ll get to that in a moment.)

Now that Bell Labs has laid the foundation for what it takes to drive innovation, we are not surprised to see that modern technology companies basically follow the same model:  they hire the best scientists and engineers they can attract, and then create an environment where they can bounce ideas off each other, tearing them down, building them up, and often veering off in completely new directions.

It’s clear that we understand the need for applied sciences in the technological industries, but what about service and wellness industries?  Although I don’t think most people think about it this way, reading “The Idea Factory” reaffirmed my own strategy of studying and applying the science of psychology to the spa experience.

This will be the topic of my talk at GSWS and I’ll be sharing the stage with three other incredible panelists:  introducing us via video will be Andrew Weil, integrative medicine thought-leader and author of “Spontaneous Happiness”, along with Jessica Alquist, a researcher who works with Roy Baumeister, the author of “Willpower” (and one of my former–and most personally influential—psychology professors), and a third speaker (to be confirmed but most likely a  psychology professor and expert in human consciousness.)

I think our discussion, and really the entire three-day summit will, much like Bell Labs, be a time and place for current paradigms to be challenged, new ideas to be incubated, and new directions to be explored. 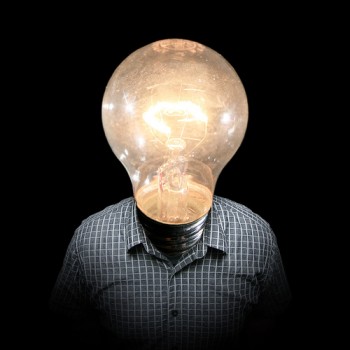 Just Full of Ideas by Cayusa

Here’s what research director Mervin Kelly imagined for Bell Labs: “a great institution with the capacity for both research and development—a place where a ‘critical mass’ of scientists could exchange all kinds of information and consult with one another for explanations.”

Economists have always believed that the forces of market competition would be sufficient to drive innovation.  But reading “The Idea Factory,” you can’t help but be persuaded by Gertner’s notion that “creative environments that foster a rich exchange of ideas are far more important.”  I look forward to having that kind of exchange at the Global Spa and Wellness Summit.

Four Ways to Enhance Workplace Wellness
Just Be a Parent

7 Responses to Innovation Lessons from the Idea Factory