By Jeremy McCarthy on April 12, 2011 in Psychology of Spas and Wellbeing, Questions of Science 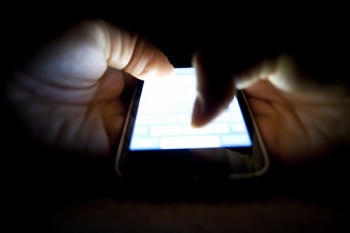 Good news for the spa industry:  The science of touch is exploding.  Through my own work in the spa world, I’ve always been an advocate of getting more science to support the work of healing through touch.   Previously on this blog, I’ve had articles about the effects of massage on health (see “Get Thee to a Spa:  Important New Research on the Benefits of Massage,”) the healing effect of “kangaroo care” on infants (see “Miracle Healing Through Touch”, and the power of touch to communicate emotions (see “Hands on Research:  The Science of Touch” by guest blogger Dacher Keltner.)  But the new science of touch is breaking into frontiers I never imagined possible.

There is a growing body of scientists in a burgeoning new field that is looking at how humans interact with their environment through touch.  The field is called “haptics” (from the Greek word for touch) and while you may not realize it yet, it will slowly start changing the way we do . . . well, everything.   In fact, if you have traded in your Blackberry for an iphone or your netbook for an ipad, then you are already experiencing a new interface with the world through your sense of touch.

The first time I learned about about haptic technology was when I purchased my new Samsung Fascinate from the Verizon store (an Android smartphone.)  “It features haptic feedback technology,” the salesman told me, in that annoying way that young computer geeks have of explaining things in language that didn’t exist ten years ago.  I had no idea what he was talking about as I smiled, nodded, and handed him my credit card.

“Haptic feedback,” as it turns out is technology that interacts with the user by giving sensory data back through the sense of touch.  It started in fighter planes with joystick vibrations that help the pilot to “feel” the flaps of the plane and warn pilots of dangerous flight conditions.  Today, haptic feedback is used in flight simulators, medical training simulators, and of course, to allow me to type more intuitively on my Android touch screen (the screen vibrates slightly each time I “tap” a key.)

Perhaps the most common use of haptics in today’s world is through video games, which you will have experienced if you felt the remote jiggle in your hand while striking a tennis ball with your Wii remote controller.  Nintendo 64’s “Rumble Pak” or Sony Playstation’s “Dual Shock” are other examples.  And (like many technologies,) video games are driving further development.

A recent article in The Pennsylvania Gazette (“Touching the Virtual Frontier” by Trey Popp) delved into the work of Katherine Kuchenbecker in the Haptics Lab at University of Pennsylvania.  In her lab, graduate students work on developing body suits that can simulate the feelings of arrow, sword and gunshot wounds in virtual reality video games such as “Half-Life 2” (these have military training applications too, by the way.)

But it’s not all fun and video games in the Haptics Lab.  There are also applications for health care: creating simulators that allow students to practice procedures while “feeling” what they would feel in a real surgery; allowing doctors to get more tactile feedback from their laparoscopic instruments; or helping amputees to “feel” their prosthetic limbs.

So what does all of this mean for the worlds of spa and massage?  It’s probably too soon to tell, but the possibilities are endless.  Imagine more sophisticated ways for therapists to learn how to read the cues from their clients’ bodies as they are massaging them.  Imagine creating massage tools that provide the same therapeutic benefit as “hot stones” for example, but without minimizing the therapists ability to intuitively feel where the tension in the body is.

If you really want to stretch your imagination, think of a future where the massage therapist and the client don’t have to be in the same room (or even the same country  . . . get your virtual Thai massage from someone at the Wat Po Thai Massage school next to the “golden Buddha” in Bangkok.)  Imagine wearing a suit to haptically “record” your favorite massage, and then donning another suit to “play it back” later.  Imagine running a wand over a knot or a lump in your muscles that records it into a digital file so you can send it to your therapist or your doctor for diagnosis.

One thing is clear, as the science on touch continues to grow, our sense of touch becomes even more important as a window for two way communication and interaction with the rest of the world.  For those who have been concerned that we have been sacrificing “high touch” for “high tech,” don’t worry . . .  we will be both.

6 Responses to Haptics: The New Science of Touch