By Jeremy McCarthy on March 22, 2011 in Positive Psychology 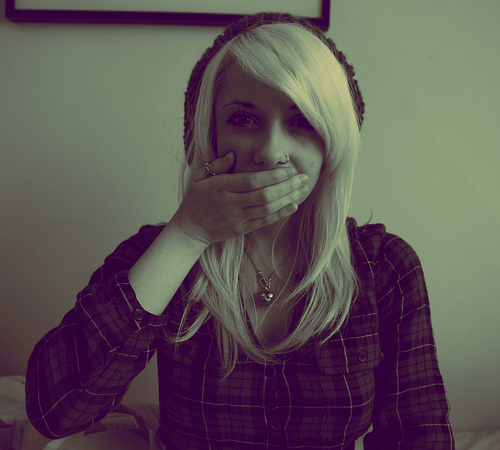 i promise i speak no evil by perfect day dream

I say this because I am seeing a backlash against happiness not only in mainstream culture, but even among those in the positive psychology community.  Todd Kashdan, for example, a psychologist from George Mason University recently wrote about “The Problem with Happiness” on his Huffington Post blog.  The gist was that the relentless pressure to be happy in American culture is causing everyone to be miserable.  Just last week, the Wall Street Journal published an article entitled, “Is Happiness Overrated?”  And this week, City Journal published a thought provoking article on “the Western cult of happiness” entitled, “Condemned to Joy.”

At a recent alumni event for graduates of UPenn’s positive psychology program, former students discussed the challenges of being taken seriously when trying to promote or sell happiness.  Many people who work in the field massage the language to make it sound more relevant, and so we see programs being sold to businesses promoting “wellbeing” and programs for the military offering (the much tougher sounding) “resilience.”  In “Well-Being for Public Policy ,” the authors (Diener, Lucas, Schimmack, & Helliwell) explain why they chose well-being rather than happiness as a focal point.  A focus on happiness, they say, “could be easily dismissed as a superficial and misguided attempt to distract people from more important concerns.”

It is only natural to see a backlash against happiness when you consider our growing obsession with it over recent years.  Programs, speakers and books on happiness have all risen to the tops of the charts with titles like “The Happiness Hypothesis,” “The How of Happiness,” “Happier,” or just plain “Happiness.”  (These are all on my bookshelf by the way, and I recommend them.)  But they do leave some people asking, “with all these books on happiness, why aren’t we happier?”

Now we are seeing the pendulum swing the other way with titles such as “Bright-Sided: How Positive Thinking Is Undermining America” (known as “Smile or Die” in the U.K.,) “Against Happiness,” and “The Happiness Trap.”  I see this as a natural correction, and maybe we needed it.  But I’m not ready to turn my back on happiness just yet.

I have a few problems with the happiness bashing of late.  First of all, I think it is human nature to pursue happiness.  We are genetically predetermined to seek out things that make us feel good.  And while I agree we shouldn’t put additional pressure on ourselves for experiencing negative emotions (also a part of human nature,) we also shouldn’t beat ourselves up for wanting a little more happiness in our lives. "Are You Happy" Happiness Infographic by Alex Koplin and David Meiklejohn

Secondly, in my mind, the problems with the pursuit of happiness have more to do with the “pursuit” than they do with the “happiness.”  Being too attached to an outcome in any pursuit can lead to disappointment and frustration.  But that doesn’t mean you can’t value happiness as an important goal for your life and the lives of those around you.  It’s certainly one of my goals and I’m not afraid to admit it.  That doesn’t mean I punish myself for experiencing negative emotions or feel like a failure when I’m not happy.  Mindfulness and happiness are not mutually exclusive—it is possible to mindfully pursue happiness.  (See my comment on “tilting toward the positive” in my article on “5 Big Problems with Positive Thinking [And Why You Should Do it Anyway.])

Finally, it is hard to debate happiness because it means different things to different people.  There is hedonic happiness which is about experiencing pleasure in the moment.  There is eudaimonic happiness which is about a sense of meaning and satisfaction with life.  See Daniel Kahneman’s TED talk that makes the distinction between having happiness in your life and happiness about your life.  The fact that happiness can be interpreted in different ways by different people, is the reason for the first rule of happiness: You do not talk about happiness.  It is hard to have clear communication if we haven’t all agreed on the definitions of the words we are using.  See these articles by Kashdan, Biswas-Diener, & King here and here on the problems with having different categories of happiness.

When I use the word happiness, and I do still use it, I think of it in an overarching way.  How happy you are about your life has something to do with how much happiness is in your life and vice versa.  While some define happiness as “preferences realized.”  I think of it in a more four dimensional sense that takes the element of time into account.  I think of it as “preferences realized and validated” which is to say, I enjoy what I’m doing now and the test of time will show that it also contributed to a meaningful life.

Survival Skills of the Serengeti
Why Blogs are Better Than Research

19 Responses to The First Rule of Happiness: You Do Not Talk About Happiness